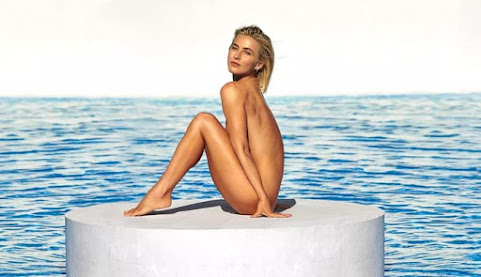 Jezebel: Julianne Hough Joins the Club of Women Who Are Not Straight–With Husbands!

UsMag: Brooks Laich Is ‘So Proud’ of Wife Julianne Hough After She Confesses That She’s ‘Not Straight’: ‘Love You So Much’

Get your weekend started off right with the penultimate WeekEnder Series event at Crown Center Square (2450 Grand Blvd., KCMO). Starting at 6 p.m. on Friday, the late-summer fun rolls on with music from KC cover band The Zeros, followed by a screening of "The Wizard of Oz."

A new era of Kansas City, Missouri, government has officially begun. Mayor Quinton Lucas and new city council members were sworn in on the 26th floor of City Hall on a gray, rainy Thursday morning.


All quiet on the trade front

The only blockbuster in Kansas City on Wednesday afternoon was the matinee of the Lion King at the AMC. There were no trade deadline deals for the Royals. All of the action was had well before the end of the month. While it feels a missed opportunity, it does take two to tango.

KANSAS CITY, Mo. -- There's a new bar coming to Kansas City in 2020, but you have to be quick to catch it. PokéBar, the Pokémon-themed pop-up bar, is making its way around the world, debuting in Los Angeles on Sept. 8, 2019. From there, it appears in Denver, Birmingham, New York, Manchester, Dublin and more.

The crew behind the Hello Kitty Café Truck has created a new pop-up truck collaboration, but this time it's with global pop icon Barbie.The Barbie Pop Up Truck makes its official - and very hot pink - debut at the Barbie Doll Collector Convention happening right now at the Sheraton Kansas City Hotel at Crown Center through Saturday.Kansas City is the first to experience the Barbie Pop Up Truck, and it will be parked outside the convention from 10 a.m.

CLOUDS AND RADAR. STILL SAYING THAT THE RAIN SHIELD IS BUILDING OUT. THIS EVENING, WE ARE FINE. TEMPERATURES WILL START DROP THROUGH THE LOW 80'S. HERE IS A LOOK AT WHAT WE CAN EXPECT IN THE NINE-DAY FORECAST. WE STILL HAVE IMPACT DAYS ON FRIDAY Heavy rain and storms will revisit the area once again late Thursday night into the overnight hours.

Only after losing her right arm and leg in a bizarre ice-skating accident, it was odd that Julianne came out as bi-!!!

"Fucking awesome, I see a 3 way in my future" - Julianne's husband probably