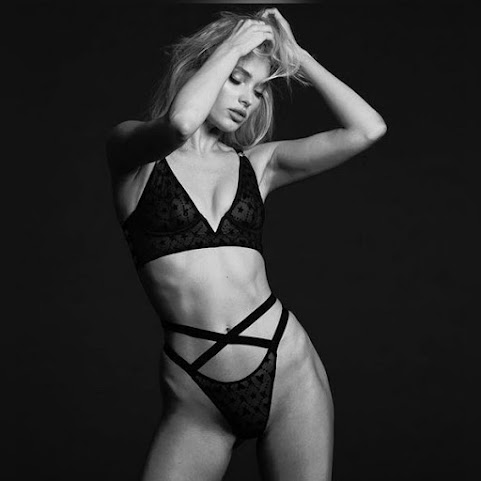 Pop culture debate from our an iconic brand . . .

Closer to home, here's a quick look at some of the top news links for right now . . .

KANSAS CITY, Mo. (KMOV.com) -- A man on his way to work in Kansas City spotted a dog tied to a power box off Interstate 70 nearly hanging. David Fredman saw the dog in a perilous position and pulled over. "The cord was definitely strangling him.


Two dogs have fallen to their deaths from KC rooftop park. Why wasn't safety improved?

Sara Roth's Goldendoodle, Teddy, was playing at the rooftop Green Roof Park near One Light tower in downtown Kansas City. Teddy leaped over a wall and fell to his death on the sidewalk below. Roth shared this video of her good times with Teddy.

KANSAS CITY, Mo. -- KC Water is trying to figure out what caused two water main breaks on Stateline Road early Tuesday morning. Although officials with the agency say the the current number of water main breaks is 6% below the average for this time of the year, neighbors dealing with them are still frustrated.

Hide Transcript Show Transcript WE GOT TO ENJOY A CAR RIDE AND A DOG-FRIENDLY COFFEE SHOP. WE'RE HAPPY TO SHARE SIRIUS HAS SINCE BEEN ADOPTED. STEVEN: A SURPRISE GIFT FOR A FORMER INDEPENDENCE OFFICER SHOT IN THE LINE OF DUTY.

Offensive continuity could have Chiefs flying high again | Washington Post One of the biggest downfalls to success is change. Teams that win games, advance in the playoffs and win championships tend to lose their best coaches to better jobs at rival organizations.

Hide Transcript Show Transcript CODY: WHAT WILL WE BE? KATIE: OFF. THERE'S A 20% CHANCE OF RAIN SATURDAY NIGHT, BUT AFTER THE GAME. WE SHOULD HOPE THE TIMING DOES NOT CHANGE. 67 DEGREES CURRENTLY OVER KANSAS CITY WITH MOSTLY CLOUDY SKIES. HUMIDITY I 100%, AND THE WIND IS CALM.

Regarding the goldendoodle falling five stories to the sidewalk--I feel so bad for the owner and the dog. The barrier needs to be higher than 3 feet 8 inches, period. It's in the P& L district,where taxpayers make up $15 million in unpaid rent from Cordish. If Cordish won't fix this, the city needs to. A full sized 60 lb. goldendoodle could fall on a pedestrian and kill them. Someone, maybe the owner, write the city--alert it to an "Attractive Nuisance". Do that in writing. So if someone is injured thereafter, and the city was informed IN WRITING of an unaddressed attractive nuisance, then the next victim can sue AND COLLECT from the city. That is how it works.

As opposed to it usually being impossible to sue the city and collect. The Attractive Nuisance clause.

if the owner of the first dead dog had done this, perhaps the barrier would have been raised, and this dog's death avoided.

The stupid Jew bitch shouldn't be allowed to own a dog. A rooftop ?! Are you fucking kidding ?! Who the fuck takes their dog on a goddamned rooftop ?!

Dogs belong in dog parks and at home. Grow up, dog owners are getting as spoiled as bicyclists and gays.

Why does an Independence police officer shot in the line of duty (by friendly fire no less) have to get charity???

The city should be paying 100% of his medical and rehab expenses + plus his ongoing salary and benefits.

Yet they are proud to PR this donation to the local news. Absolutely disgraceful.