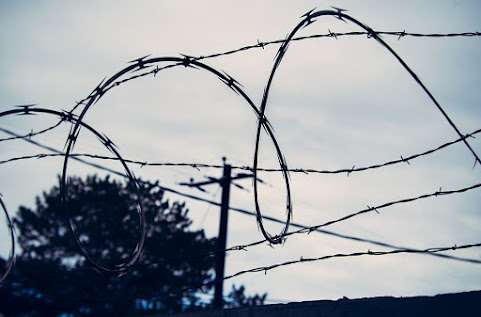 For those with loved ones sending worried messages about a TV warning this afternoon . . . Tell them not to worry and just have a bag packed just in case "THEY" decide to open more "camps" for political opponents and not just Honduran toddlers.

Also, just a bit of market insight for those of us who follow the bigger money game that's far more influential than any fake election  . . .

CBC: Stocks fall, but rally off their worst levels after the slide in bond yields stabilizes

Here's more on that TV warning that will eventually tell us that voting has been cancelled.

Tech Crunch: The Federal Emergency Management Agency, or FEMA, just buzzed every television and radio in the U.S. with its latest test of the Emergency Alert System (EAS).

CBS: The test can be heard on the radio, cable TV, satellite TV and radio, as well as wireline video providers, but it will not include cell phone messages. The reason for this test is to check alert capability in the scenario of internet connectivity loss.

ABC: It's the fifth time a test like this has been administered, the last one took place in October 2018.

So now this agency is trying to protect me from Chinese hackers? Or the proverbial Russians... Where would I hide? If my Facebook goes blank, wouldn't that be a GOOD thing?

I write key phone numbers in a rollodex. I know, laugh. But if my cell phone director won't work, I got this!

I was shocked this afternoon, while listening to classical music on the cable TV channel 950--to have it switch to KMBC-TV9. For a minute or two. But it was very unclear what the point was, or any action steps the message wanted me to take.

So I called Tony! I guess he is my "safe space" as Gary Lezak would say about tornadoes or earthquakes...

In case of a real emergency, would Tony issue Take a Number tickets, so Chuck and SuperDave and I could huddle in his Mom's basement? Or would we move the gathering to the Power and Light space? Drink enuf that we ceased to care??? Or how about rally at Unity Temple on the Plaza--so Rev. Duke Tufty could lead us in prayer that Gmail would be released. Or head to a Catholic church and perhaps buy indulgences to get Blogger back up and running...

The Ch 9 message mentioned the test would be 30 minutes in length. At least there was no siren. But blessedly, the announcement and screen call ended in 2 minutes.

We now return you to your regular life....who you gonna call?

Dumbass easy to check up on,
when he starts blowin' his smoke!"

The ATM won't work Your Bank Can't access your Money CASH WILL BE KING. EVERYONE MAKE A BANK RUN.HAVE CASH ON HAND.