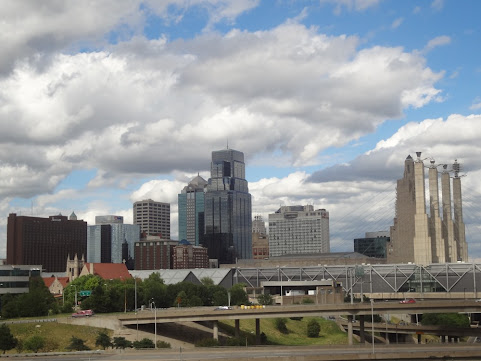 A quick review of some of the most important local news links from today's cycle . . .

MANHATTAN, Kan. (AP) - Kansas State researchers have received a three-year, $2.8 million federal grant for a project to enhance utility operators' awareness of and resilience to cyberattacks. The award from the U.S. Department of Energy Solar Energy Technologies Office was announced Thursday.

Editor's note: In just his first year of eligibility, former Kansas City Chiefs tight end Tony Gonzalez will be enshrined into the Pro Football Hall of Fame in Canton, Ohio on Saturday night. We thought it would be a good time to revisit the story we published about him on February 3.

You don't typically know me for quick reactionary pieces, typically it is long drawn out number filled slogs, but sometimes you feel propelled to speak out... The deadline has came and went, and the Royals did nothing.

Inside the Rabbit Hole, a national museum celebrating children's literature set to open in North Kansas City in March 2020, visitors will encounter something unexpected. Past the two-story front door, limestone steps will lead down into the burrow of a magical creature named Fox Rabbit.

The hook em up sandwich really is that good, Pat and Dorothy are really good people too, just don’t lean against the counter! Lol!

So I have been growing and juicing my own wheatgrass. I very causally read the growing section of Ann Wigmores's book on growing wheatgrass and that, with my general knowledge of sprouting seeds, I figured out the relatively simple process.
friv jogos 4 school online
friv 4 school unblocked
a10 school Games for kids