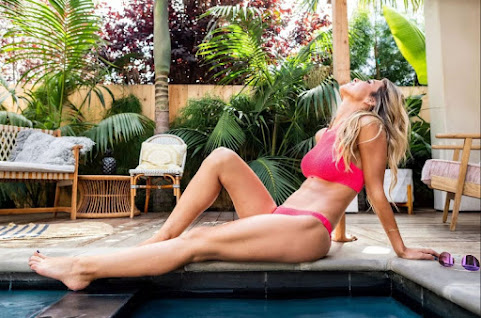 Hottie Audrina is a "ripe" 34 which equals about 78 in any other part of the world yet she still dominates recent pop culture headlines, here's a few links inspired by her hotness . . .

KANSAS CITY, MO (AP) - The University of Missouri-Kansas City has received a $21 million gift for its business school. The university said Wednesday the donation from the Marion and Henry Bloch Foundation will be divided between for three projects.

INDEPENDENCE, Mo. - In hopes of building more houses in the Kansas City metro, the Truman Heritage Habitat for Humanity in Independence needs the public's help. The organization has a large list of projects, and in order to finish, officials say they want to triple their volunteer workforce.

KANSAS CITY, KS (KCTV) -- It's an empty lot now, but after the city breaks ground Thursday, the corner of Minnesota Avenue and Fifth Street will be transformed into a full-service grocery store. The Merc Co+op signed an agreement to open a 14,000 square foot grocery store.


Dog who was shot, owner killed, has new chance at life and justice with Lee's Summit family

LEE'S SUMMIT, Mo. -- Last week, FOX4 told you about Isabella, a dog who's owner was murdered and then she was found weeks later. Now Isabella has a new chance at life. Last month, a double homicide left more than just two people gunned down.


Ghost (Signs) of KC's Past

The past fades, but it doesn't disappear. The same is true of those old painted advertisements still faintly visible on buildings throughout Kansas City, including in the River Market and West Bottoms. These are the billboards of yesteryear, and their random placement creates a checkerboard of the city's rich business history.

Hide Transcript Show Transcript A RISK? NICK: THAT'S CAN BE AROUND TWO AROUND THREE. THERE'S LIKE FIVE OR SIX. FOR GOOD REASON WHY, BECAUSE WE HAVE THE ALERT DAY ISSUE THERE FOR WHAT WOULD BE FRIDAY EVENING AND FRIDAY NIGHT.

Good for UMKC!
Now they can use the Bloch Foundation Grant to hire some more Chinese Professors who can get the Bloch School back at its "No. 1 Nationally" status (temporarily).

^^ Get off your high horse Nancy.

@9:52 The comment is allowed because TKC respects the first amendment for free speech. One of the last places to do so. If you don't like it don't read the comments. Pretty simple even for a liberal.

^^Umm no it doesn't chud. Tony regulatory deletes posts he doesn't like. So really, you have no idea what the fuck you're talking about. Typical repubturd.