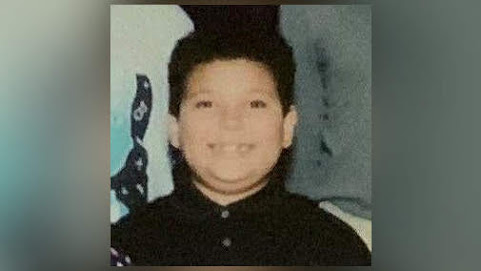 After an 8-year-old was senselessly killed in a hail of Kansas City gunfire, here's glimpse at local crime news and the ongoing impact of the horrific Summer homicide spike 2019.

KANSAS CITY, Mo. - The tragic shooting death of an 8-year-old boy on Saturday marked the 89th homicide in Kansas City, Missouri, this year, with each case bringing pain and suffering to the families and friends of the victims. For Joyell Hayes, the boy's death on Saturday reminded her of what her family went through earlier this year.


Independence woman killed in hit-and-run crash along US-24

Police in Independence, Missouri, are asking for help to find the suspect vehicle involved in a hit-and-run crash that killed a pedestrian.Police said 30-year-old Misty Collins was walking along the shoulder of US-24 Highway at Kiger Road around 5:30 a.m. Sunday when a vehicle left the roadway and hit her.

KANSAS CITY, Mo. -- A Reddit post claiming to produce a mass shooting at a local Walmart went viral over the weekend. It's author wrote out a plan to walk into a local Walmart with AR-15's and 22 pipe bombs, adding that the FBI will never find them.

KANSAS CITY, Mo. - Overland Park police are asking for the public's assistance finding a missing woman. Police said Silvia Pearson left her home Monday morning and has not returned. Her family told police this is extremely out of character for Pearson. Pearson is 5 feet 7 inches tall and weighs around 146 pounds, police said.

People in south Kansas City are grieving the death of an 8-year-old boy.Brian Bartlett was a month shy of his ninth birthday and preparing for fourth-grade at Center Elementary when he was shot and killed Saturday night."I think folks should be angry. They should remember this," Kansas City Mayor Quinton Lucas said.

Why isn't the lady who I'm hearing knows who probably did this not under arrest for obstruction in bring who did this to justice?

But what kind of animal or animals just starts shooting at a house like this? I tell you who they are those that need to be shot down/put down like a rabid dog is. Someone needs to walk up to the shooters stick a gun upside their heads and pull the trigger. Then the video of it needs to be posted in YouTube. If the shooters want to live by the gun then they need to quickly die from it themselves before they pull a stunt like this again and trust me they will try.

Is the kid mulatto? And is the negro missing in OP a drag queen?

@9:51AM-STOP. Go away! You wouldn't do shit, you don't know shit, and you are shit. Please...please...go find a friend to bore with shit like this!

The koloreds don’t care one damn bit if it’s a kid or an adult, they are some sick ass mutha fuckas, they’re waiting for the tip money to go up, that’s all they care about.