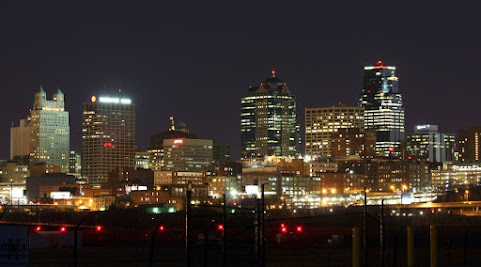 A quick glimpse at some of the more worthwhile news links for our evening visitors. . .

Flapjacks With The SecState

KANSAS CITY, Mo. (AP) - A bidder from Nebraska has paid $920,000 for a house designed and built by iconic architect Frank Lloyd Wright in Kansas City, Missouri. The Kansas City Star reports that Heritage Auctions says the new owner wants to remain anonymous for now, but the bidder plans to honor the integrity of the Sondern-Adler house that sold Monday.

CASS COUNTY, MO (KCTV) - A 42-year-old woman riding a motorcycle on Sunday is recovering from injuries after her motorcycle overturned. According to a Missouri Highway Patrol crash report, the woman was riding a 2012 Kawasaki motorcycle northbound on Route Y at 247th Street around 6:30 p.m.

Look To The Heavens


Heads up stargazers: The Perseid meteor shower peaks this week

The Perseid meteor shower is set to peak with the most number of meteors during the early morning hours of August 12 and 13 -- which coincides with a bright full moon.Once evening falls, expect to see a meteor, or a "shooting star," streaking across the sky every few minutes.


All of Kansas at high risk for West Nile virus

The Kansas Department of Health and Environment said the entire state is now at high risk for West Nile infections.In its surveillance and transmission risk report from July 27, the KDHE said the southwest and north-central and north-east reporting regions were upgraded from moderate to high risks.

JEFFERSON CITY - The longtime lobbyist for the Missouri Police Chiefs Association canceled his registration with Missouri ethics regulators on Friday, a week after a state audit blasted his role in a no-bid contract scheme that cost taxpayers $74,000.

Hide Transcript Show Transcript UP PATROLS TO MAKE SURE DRIVERS ARE PAYING ATTENTION AND SLOWING DOWN. >> EXCLUSIVE LIVE RADAR AND NINE-DAY FORECAST SO YOU WILL KNOW FIRST. THIS IS FIRST ALERT WEATHER. NEVILL WE HAVE HOT WEATHER FOR THE KIDS HEADING BACK TO SCHOOL. SUNSHINE OUTSIDE. HAZY SUNSHINE.

75k them be one those biggum no contract bids for massage

Surprised that Pompeo didn't run into AOC and the Squad at the IHOP.
That's where they go to get their international relations "expertise".
Comical!

But surrrre, Pompeo isn't "running" for the Senate!
This sort of thing is pure coincidence, he'd never even THINK of abandoning the absolute chaos of Trump's "Administration"!