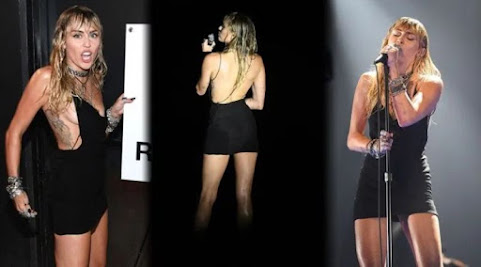 The recent adventures of Miley inspires our first glimpse at pop culture news . . .

Closer to home, here are some of the better news links worth a peek right now . . .


Nearby businesses, commuters weigh in on four proposals to replace Buck O'Neil Bridge

KANSAS CITY, Mo. -- The Buck O'Neil Bridge, and what the city plans to do with the historic landmark, is a big topic at MoDOT. The agency is holding what it calls an "online public meeting" with a video that shows the four options being considered to replace the bridge.

David Wilson It costs $1.50 to ride a bus in Kansas City. That's $15 per week to get to and from work-$50 per month for those that purchase a 31-day pass. That may not sound like much. But for low-income residents of Kansas City who don't own a vehicle and struggle to make rent and put food on the table,...

Four speed bumps have been installed around Indian Mound Park, located in the northeast portion of the Indian Mound neighborhood. Residents and board members of the Indian Mound Neighborhood Association said speeding has been a huge issue in the neighborhood, resulting in accidents, parked cars being smashed into, and families being afraid to let their children walk across the street to the park.


Going green in Downtown KC has never been easier

Downtown KC is experiencing its "spring" season of revival. New construction is popping out of the ground, and abandoned or underused buildings are coming back to life. Literally, every day, more and more people are walking the city's sidewalks, as they make their way home from work to run errands, to shop or to enjoy a performance.

Prayers For The KCPD

KANSAS CITY, Mo. - During a violent summer that has seen multiple children lose their lives to gun violence, the Kansas City, Missouri, Police Department chaplain team has consistently reached out to officers to offer support through troubling tim. According to the KCPD Daily Homicide Analysis data, there have been 98 homicides recorded this year as of Tuesday morning.

OVERLAND PARK, Kan. -- City Place developers are trying to get approval for an architectural lighting display. Construction at the WellSky building at College and 69 Highway finished last month. Along with the standard building features, there's also a light display on the top of the building.

Hide Transcript Show Transcript AND NORTHEAST KANSAS OVERNIGHT. IF YOU'RE HEADING TO THE ROYALS, YOU MAY GET A STRAIGHT SPRINKLE OF LIGHT RAIN. IT IS NOT GOING TO BE ONE THAT WILL STOP THE GAME OR BRING OUT THE TARP. 73 DEGREES FOR THE FIRST PITCH.

“Could Kansas City become the first major U.S. city with a free transit system?“ And by “free” do you mean that property owners will be seeing a vast increase over the 200% increase in taxes that we’re now on the hook for in 2019, to cover said “free transit”. Either that or our Water Bill is going up to cover the free-ness of it all. They use the fees from the water bill to fund slush funds like this. Kansas City Public Transit sucks so it might as well be free.

I’m more interested in knowing when these sewers will be fixed, whether trash will be picked up on a consistent basis (where the people picking up the trash won’t leave more trash than they picked up), safe roads and less bike lanes. I really wish this City would try to focus on basic City services that we already pay for without raising more taxes. I met with a business associate yesterday and he said meeting with City Council people was a lot like meeting with a group of toddlers - they have no idea what you’re talking about and unless a friend tells them they like or support you - you’re probably no going to be able to get through to them, no matter how credible your issue is.

"like meeting with a group of toddlers - they have no idea what you’re talking about and unless a friend tells them they like or support you - you’re probably no going to be able to get through to them, no matter how credible your issue is."

It's a good idea, and only fair. After all, streetcar riders, streetcar constructors, downtown luxury apartment developers, and other grifters get a free ride in Kansas City.

Why not give a free ride to those who actually need one?

I'm for free buses. It will give bums somewhere to spend the day other than the public library.