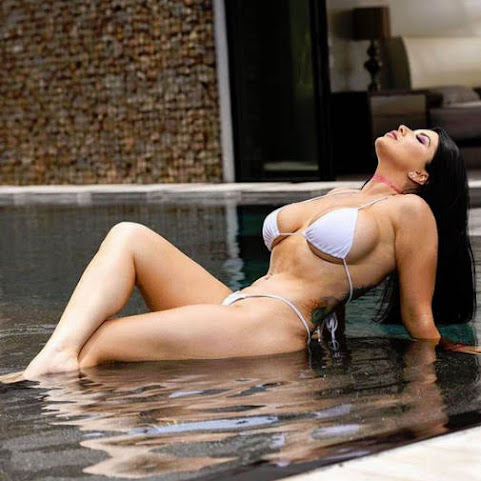 Hottie Romi from one of our favorite companies inspires this quick rundown of pop culture news links:

Closer to home, here are some of the nicer news stories we're watching right now . . .

KANSAS CITY, Mo. - With tens of thousands of cars crossing the Buck O'Neil Bridge every day, the Missouri Department of Transportation wants to make sure it get as much public input on how to improve the bridge as possible.


With Kander at the helm, KC veterans community now a stop on 2020 presidential trail


Improving parental involvement a focus for KCPS in 2019

KANSAS CITY, Mo. - Parental involvement is a major focus for KCPS Superintendent Dr. Mark Bedell, entering his fourth year in the job in August 2019. But building a base of parents on a particular campus can be a real challenge.

Kansas City Southern has released its schedule this year for the 19th Annual Holiday Express train.Click here to see the full scheduleThe train will arrive at Union Station beginning Dec. 18.Visitors can board the train, meet Santa and his elves and tour the inside of three cars of the festive six-car train.

In the best of times for the Kansas City Chiefs and through the worst, the organization has heard women's voices loud and clear. Since the 1990s, the team has been conscientious about listening to the players' wives and girlfriends when it comes to family concerns. "It was amazing ...


'The moment has arrived:' St. Louis will get 28th MLS team

Carolyn Kindle Betz didn't realize the presentation she and her family made in Orlando on July 31 would end the suspense. She didn't know that the Major League Soccer Board of Governors would vote later that day to award her hometown a professional soccer franchise.

Hide Transcript Show Transcript BUT THAT IS A QUICK NO FROM ME AND MY FAMILY. HOPEFULLY YOU DO N HAVE THE WINDOWS OPEN LAST NIGHT WITH RAIN BLOWING IN. A BIG AREA OF RAIN AND THUNDERSTORMS PRODUCING FLASH FLOODING IN THE AR OF ST. JOSEPH DOWN SOUTH CLOSE TO LEAVENWORTH.

MLS is a pyramid scheme. I wouldn't be too excited about getting a team. They keep expanding because it's the main way they make money due to new franchise fees. Each city pays in like 100-200 million dollars for a new team:

It's not all that popular. There's MAYBE 10 MLS cities total that show up to the games consistently. Probably less. Attendance is down in a significant way league wide and shows no reason to reverse itself:

If anything MLS should contract down to 10-12 cities.

Wow, can't believe i just typed all that shit out about poverty ball

MODOT's on-line survey is BULLSHIT!
It will not accept ant comment that does not endorse one of the three "alternatives" that involve building a new bridge, while they list repair of the existing structure as one of the allowable choices.

Obviously they have already made their decision and will allow only those responses that support their choices.

^^Umm..OK. Go find something else to cry about loser.

I will reposition my portfolio to heavily weight gold, real estate, and a few biotech companies.

I have no problems with MLS expansion and it should do well in St. Louis, which is a major soccer town. However, at some point, the talent is really getting watered down with all these teams to play for.

Hey look everyone!
The Cowardly Turd Troll woke up @12:13!
Go suck your grandpa's dick you flaming faggot, maybe he'll care what you say!

^^you throw faggot around like it's a bad word. You must be really, really, really old. Plus your obsession with sucking dick fools no one. Come out, it gets better gramps!

That chick is creepy and I heard she stalked a (lesbian) friend of mine. No joke.

TOP PHOTO -- WHEN IT RAINS IT POURS

Q: What's cheap, comes in a small box, and gets fried in San Francisco?