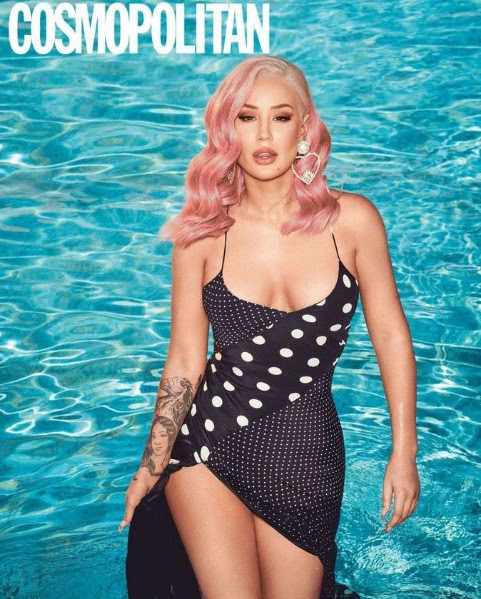 A pop culture splash worth a peek if only to contemplate the marketing tactics of the NEXTGEN all over the globe . . .

Cosmo: Iggy Azalea Is Ready for Her Comeback. Are You?

BET: Iggy Azalea’s Comments On Cultural Appropriation Has The Internet Hitting The Cancel Button On Her Career

Closer to home, here are some of the nicer news links we're watching right now . . .

KANSAS CITY, MO (KCTV) -- A little boy is back home after a hit-and-run driver crashed into his tricycle. The search is still on for the driver who hit the 9-year-old while he was on the trike and then took off. He was hit just after 6:00 p.m.

Officials with Medicare have decided to cover an innovative but extremely expensive cancer treatment, setting the stage for more patients to get it. That's good news for the University of Kansas Health System.


Dozens join in Peace Walk down Prospect Avenue, urging for an end to violence

KANSAS CITY, Mo. -- About 100 people representing more than 40 different organizations took part in a Peace Walk down Prospect Avenue Thursday. All speakers seemed to agree there's not one cause, nor one solution. But they think hope for change begins with unity.

KANSAS CITY, Mo. -- The city is partnering with the city of Riverside, Mo., to build an east-west trail along Vivion Road that would connect more Northlanders to the recreational trail system. A lack of east-west routes has long been a complaint north of the river.

Designed by Frank Lloyd Wright, Kansas City's Sondern-Adler Home went on the market last year for $1.65 million. No one bought it, so it's going up for a no-reserve auction, with no minimum starting bid, on August 12. Knowing the challenges that lie ahead is important for any buyer, says John H.


Beautiful weather to start your weekend

Hide Transcript Show Transcript CHIEFS GAME. KATIE: WE ARE CHECKING THIS RAIN. IT DID NOT COMING TO KANSAS CITY. THEY CAME WITHIN 40 MILES OF KANSAS CITY BUT IT DID NOT BRING US ANY RAIN. THE AREA THAT DID SEE RAIN IN KANSAS CITY NOW HAS A LOT OF EXTRA WATER VAPOR.

Katie looks great today. Red is her color. I think that she is a good looking lady.

Iggy Pop is much happier since coming out and having "the surgery".
H/She has hopes to revive "hir" career soon.

Why does the "Peace March" go down Prospect during the day?
How about marching down College Avenue at 2:00am?
Just more willful ignorance of what and who the violence problem really is.
How many of the worthless unaccountable fake nonprofits is Lucas willing to cut off the taxpayer funding to?
Way past time to get real.

^^Yes!!! Like we need to demand that Matlock be returned to the air ASAP!

Icky Azelea shouldn't be allowed to have her picture taken, she is one ugly gal. She might, and that is just a maybe, look slightly better than Maxine Watters. And she can't sing worth a fuck.