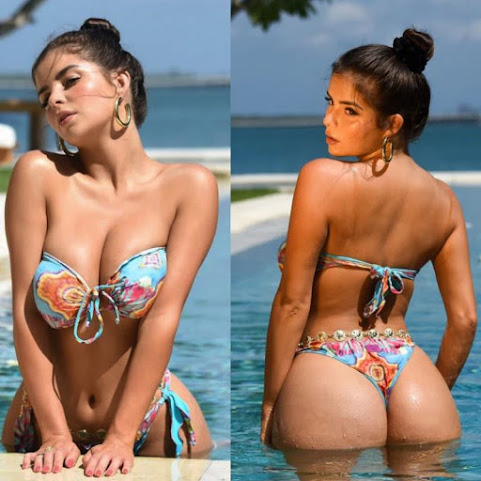 Double take on both sides of pop culture . . .

SunUK: DEMIGODDESS Demi Rose shows off her curves in thong bikini as she takes a dip on holiday in Bali

NBC: How to Stop a Bully? Instagram Uses Artificial Intelligence to Get Bullies Thinking Before They Post

Closer to home, here's a glimpse at some of the nicer local news links we're checking today . . .

http://www.kttn.com/wp-content/uploads/2019/08/mo2kcairportjr.mp3 After demolishing the aging terminal A at Kansas City International Airport, construction crews have moved onto the next phase of the overhaul. The next step requires roads going into and out of the airport to merge down to one lane apiece for the next year or so, while new roundabouts are built.

Shake Shack is gearing up for the opening of its first Kansas location and finally has announced an opening date.

End Of An Era

The Kansas City Zoo said its much anticipated sloth will go on display Wednesday."It seems like we've been waiting forever to welcome our new sloth to the Kansas City Zoo, but our new slow-moving friend is now getting used to his new home in the Discovery Barn," the zoo said in a news release.

12:13 PM ET Kieran DarcyESPN Staff Writer Close Kieran Darcy is an ESPN.com staff writer. He joined ESPN in August 2000 after graduating from the University of Pennsylvania, where he played four years of JV basketball. Follow Kieran on Twitter " There are five midweek games in Major League Soccer in Matchweek 23, so 10 teams will play twice.

If you have been to Arrowhead Stadium the past four seasons, or if you pay close attention to the music played when watching Chiefs games on TV, you'll notice the traditional touchdown song for the Kansas City Chiefs has been gone for four years.


This will be Sly and Jolie's legacy

Rockhurst, Miege, and Aquinas don't recruit, just ask them. Funny, I don't know any black Catholics but sure are a lot at Catholic schools on their sports teams, general student population not so much.

Demi Rose is a nasty whore. Most NBA players have fucked her.

Once you go batik, you never go back!!!

I'd like to nominate Arnie as the new Mascot for KCMO's Public Works Department.