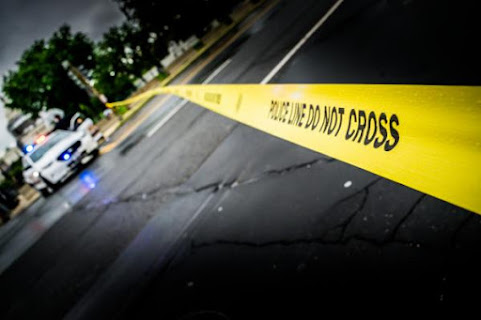 KANSAS CITY, MO (KCTV) - The police are investigating after an attempted bank robbery happened in KC on Saturday. The incident happened around 9:15 a.m. outside the Heartland Community Credit Union at 406 E. Bannister Road.

KMBC 9'S MATT FLENER JOINS US MATT: APPLEBY IS CONVICTED OF KILLING ALI KEMP IN THE PUMP ROOM OF A SWIMMING POOL WHERE SHE WORKED ON STATE LINE ROAD IN 2002. TODAY APPPLEBY APPEARED IN COURT AFTER FILING A MOTION FOR A NEW SENTENCE.


Man who allegedly stole from KC mosque arrested in Nebraska

KANSAS CITY, MO (KCTV) -- The authorities thought one man's crime spree was over, but it turns out it wasn't. The victims say a suspected mosque burglar struck again before his arrest in Nebraska. They believe the same man who broke into mosques in Wichita and Lawrence bonded out of jail and then stole donations from the Islamic Center of Northland Kansas City.

Police On The Lookout

KANSAS CITY, Mo. - Kansas City, Missouri, police released two photos Thursday night of subjects of interest in a deadly shooting earlier in the week. "We believe they may have information regarding the homicide" that occurred Tuesday evening in the 2600 block of Lockridge Avenue, KCPD said in a statement.

KANSAS CITY, Mo. - A woman is dead following a crash on Interstate 70 overnight. It happened just after 2 a.m. Saturday and caused the interstate to be shut down for almost three hours.


Motorcyclist killed in accident on 150 Hwy.

JACKSON CO. MO (KCTV) - Jackson Co. Sheriff Deputies are investigating a fatal crash involving a motorcycle. Just before midnight, the Jackson Co. Sheriff's Office responded to 150 Hwy. and Hwy. 7 on the crash. The motorcycle was the only vehicle involved and police say a preliminary investigation points to possible impairment being a contributing factor in the crash.

The University of Missouri has settled two lawsuits brought by a UMKC professor who said he was the victim of retaliation after he reported alleged abuses by another professor, according to Missouri Lawyers Weekly. The legal publication said the university has agreed to pay $360,000 to Mridul Mukherji to resolve the lawsuits.