KANSAS CITY BAR TALK BECKY: GO BACK TO YOUR COUNTRY!!! 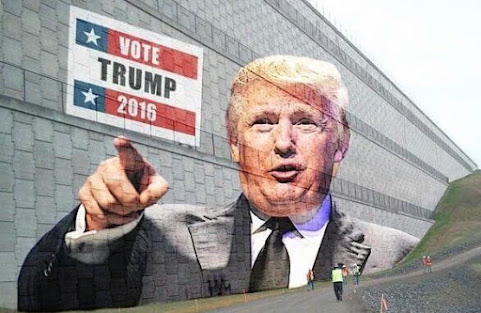 Another deplorable bit of Facebook video from the weekend . . .

Have a look at this bar babe smoking outside whilst offering immigration advice . . . To be fair, it looks like only some white dude crusading seemed to care what she was saying.

Still, a worthwhile study in rising street level avarice and why the local club scene is overrated.

That chick has bigger balls than all the Pajama Beta Boys in Kansas City!

She tells the truth.

Too bad her boyfriend didn't have the nutsack to back her up.

Fart in your general direction said...

Those guys probably told her they weren't interested and then she lashed out. Most KC women get very mean when they are rejected. She needs a hug, some self-esteem and maybe a chance to sober up. Looks like she's slurring her words.

She looks like she would be a good fuck.

You people need to be more understanding.
This young lady is a bit frustrated right now, you see, she's been trying to get pregnant and she and her boyfriend have been "doing it"
eight or nine times a day, and her butthole is getting real sore!

That chick is more of a man than you will ever be 7:38. Go look at some Pete Buttfuck for president speeches and jack off.

8:18 Stay on your knees and keep sucking that black dick.

I have never been more excited or more proud of our country than I am since we elected President Trump! I feel like a breath of fresh air finally has made its way into politics!

President Trump runs our country like a business, with a goal and keen eye for improving the lives of every single person in the USA.

The accomplishments he has completed in his first term have been phenomenal! You know the list, just look at our economy, yet the left can’t accept it! They call it Trump Derangement Syndrome! I think it’s funny that everything he does is so right and it drives them so crazy.

We all know a lot of the things he has had to fix have hurt, but he has had to correct a generation or more of failures that our previous so-called leaders failed to do!

President Trump is doing the right things and the hard things to make our country great again! Everything he is doing is in our best long-term interest! If you think those who do not like us are not in it for the long haul, you are sadly mistaken.

As the left goes to the gutter to trash our great President Trump and First family, just smile and realize “Trump 4-More Years!!” The facts speak louder than their lies ever will, and no matter what they say or do he will be our President in 2020!

How come white people don't have to go back to where they came from?

Is this what they mean by white privilege?

Wee byron we can send you back first but I don’t know where to send a dicksucking white nigger. How about Iraq maybe we’ll get liucky and they’ll throw your ass off a building along with a few other worthless queers