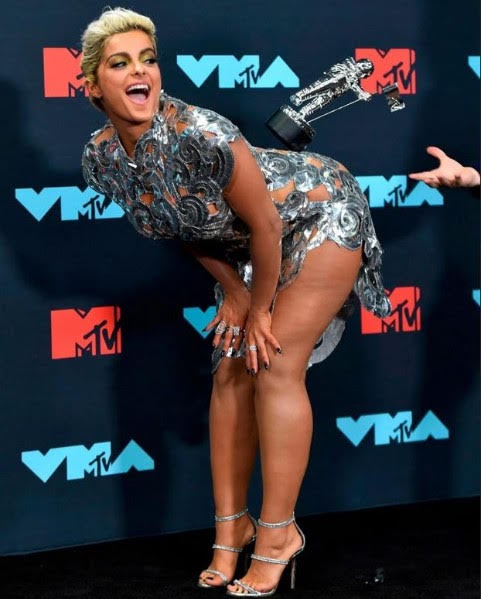 Pop culture hotness and body acceptance perspective for out most dedicate newshounds tonight . . .

Insider: Bebe Rexha wore a daring silver dress Christian Siriano made in 2 hours on the same day as the MTV VMAs

WBUR: Our Obsession With Celebrities Goes Back 150 Years. What's Behind It?

KANSAS CITY, MO (KCTV) - A new Missouri bill will go into effect Wednesday that will make it easier to remedy eyesore properties. It's called the "Good Neighbor Law" and would allow you, the neighbor, to legally clean up the abandoned property next door. The law has raised some concerns about potential lawsuits.

On this week's episode of the Northeast Newscast, we are speaking with Sergeant Joey Roberts, supervisor of the Mounted Patrol Unit.

KANSAS CITY, Kan. (AP) - A federal appellate court will hear the case of a retired Army lieutenant and his wife who are seeking to keep their adopted Korean-born daughter in the country after she graduates from college. The Wichita Eagle reports that attorneys for the family of Hyebin Schreiber said Monday that the hearing is set for next month.

JEFERSON CITY, Mo. (AP) - Several Midwestern states are joining together to try to identify bottlenecks along the Missouri River that can cause waters to back up and worsen flooding in certain areas. Dru Buntin, the deputy director of the Missouri Department of Natural Resources, says the state is joining with Iowa, Kansas and Nebraska to submit a study proposal Tuesday to the U.S.

TOPEKA - Aetna is bringing in new leadership to run its Medicaid operations in Kansas after chronic complaints from hospitals and others put it at risk of losing its contract. The Kansas Department of Health and Environment confirmed Friday that Aetna Better Health of Kansas CEO Keith Wisdom is no longer in that role.


Arrowheadlines: ESPN predicts that Mahomes will be a top-two player in 2019

Asked how she won a surprise award for Best Dance song, Bebe demonstrated her knack of coming from behind!!!