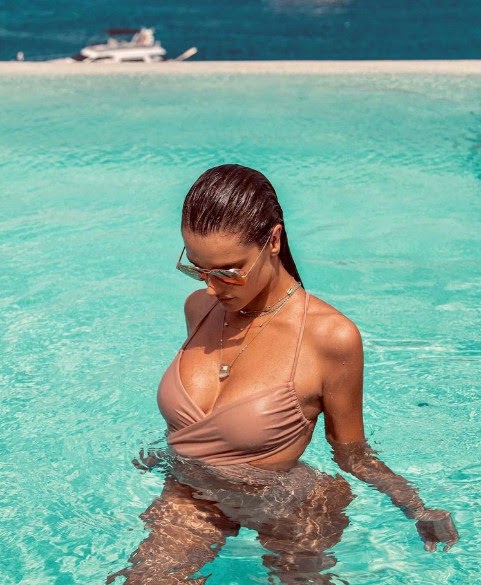 38-years-old might be ancient for the modeling game but one of our favorite hotties is still in top form all things considered and right now she inspires this pop culture peek. Checkit:

Peepz: Alessandra Ambrosio Launches GAL Floripa Lifestyle Brand with Her BFFs: 'That Was Our Dream'

Spinoff: What older women wished you knew about them

KANSAS CITY, Mo. - The Kansas City, Missouri, Health Department is holding a back-to-school immunization clinic outside its normal hours on Saturday. Though the department isn't usually open on weekends, it planned this special clinic to help families who can't get there during the week. The clinic will be held from 9 a.m.

FAIRWAY, KS (KCTV) -- You might be wondering whatever happened to predictability? The milkman, the paperboy, the evening TV? Well it turns out that nostalgia continues to live strong across the country and right here in the metro. In a recent survey usdish.com looked at the top 90s sitcoms around America.

KANSAS CITY, Mo. - A group changing lives in the metro is getting some help from the state to serve even more people, and make a bigger impact. Kansas City's Metropolitan Lutheran Ministry is a beacon of hope for many, as their food pantry serves 20,000 people each year.

To get the best college experience, live on campus. It's a common bit of college advice. And at many Kansas universities it's a requirement - not a suggestion - for new students. Yet while state universities agree they want to steer students away from commuting, the schools have their own vision on how student housing should look.

From three-eyed leopards to strawberry cream giraffes, the creative minds behind Tigersheep Friends love illustrating off-beat versions of animals to keep their artistic passions alive, said Sarah Walsh. When the husband-and-wife duo started the company in 2011, they were looking for an alternate creative outlet, said Sarah Walsh, co-founder of the online product line.

I make several trips each year to Kauffman Memorial Gardens. The array of flowers is ever-changing and the birds and insects plentiful. Above, a hummingbird taking a shower in the spray of the sprinkler. Only difficulty is tripods are not allowed in the Garden (understandably) so handholding the camera and lens is the order of the day.

Hide Transcript Show Transcript MOVE INTO THE DIRECTION OF A RAIN SHOWER OR THUNDERSTORM. THE NEXT HOUR, WE DROPPED TO THE 80'S AND BY 9:00 P.M., 76 WITH MOSTLY CLEAR SKIES. STARTING IN TWO THE NEAR 70'S. MOSTLY CLEAR SKIES EXPECTE AND TONIGHT, 20% CHANC AND A STRAY SHOWER POPPING UP, BUT BETTER CHANCE MOST LIKELY TO THE WEST.

I think the creative class has tapped out whatever talent it has, which wasn't much to begin with.

TOP PHOTO -- FOOD OF THE GODS

After vacationing in Brazil and growing fond of the língua portuguesa, I had to arrange AA meetings to halt the withdrawl pains!!!