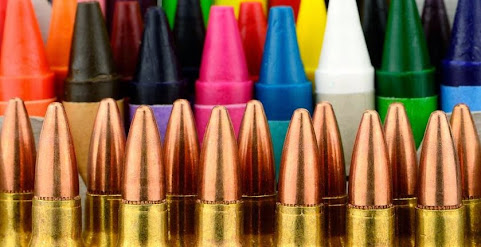 THIS HORRIFIC KILLING STARTS THE COUNTDOWN TO 100 HOMICIDES IN 2019 SO FAR!!! AND ONCE AGAIN KCMO IS ON A RECORD PACE FOR MURDERS THIS YEAR!!!

Kansas City police say the boy and an adult were inside a home near 83rd and Tracy when someone shot into the house at about 11:30 p.m. The boy was preparing to being a new school year this week, but now his family is preparing to bury him.

At least two-dozen bullets hit the front and side of the home, striking the boy and an adult woman inside the home. The woman was injured with a gunshot wound to the leg, but is expected to recover. The boy was taken to a hospital where he died from his injuries.

"The latest homicide victim was 8 YO. He was exceptionally bright, he was very good in math, loved playing with LEGOs and he was very excited about the start of school. His mom was going to take him to get a backpack today so he was ready. Justice must not be denied! Tips needed."

Something uplifting would be nice. This blog paints a horrible picture of KC.

I’m sorry this blog doesn’t paint the picture. The residents do it and it’s a very sad portrait.

Just another day in the world of the murderous blacks, I’m getting sick and tired of hearing about all their murders, why doesn’t the black community do something about it. I so look forward to another meaningless ballon release this week, not

The whole city suffers because of these homicides, not just one neighborhood or community. We end up paying horribly high taxes just to live in a war zone where we can't get services from police, fire or even trash because of chaos in the urban areas.

Sorry, I don't want to live in Parkville or some far away place. I pay a lot of money to live in KC and our leaders should fix this problem find somebody who can so it doesn't end up destroying all that we've worked to build.

How much money has been wasted trying to prop up the charade of poc as being able to live in a civilized society.

Actually black people are the artists of destruction

Sad but true, they’re like locust, they fly in, destroy everything and move on to the next place to destroy.

Take guns away from the evil white devils!!!!

8:03 if they took their attention and hate of the fact they will never get reparations, and arent owed shit, and if the liquior stores raised a Mickeys to 25 dollars, they would focus more on getting a human job like the rest of us moron robots who have to get up at 6 AM tomorrow to entertain that ideology! Could it be the monkeys are smarter than the average every day puppet? probabley, yet that doesnt exscuse the murders because thats frustration taken way to far. Cant wait to get up at the ass crack of dawn tomorrow, jump in my car the bank owns, go to my job and suck dick all day so I get my paycheck on Friday so I can give it to all the greedy motherfuckers like my landlord, KCPL, the water company who has a sinister greedy sewer charge based of how much water I use, the internet and phone companies who take everyones last dime because through their technology have engrained in people they cant live without that shit! What a world we live in today, all robots making the top 1% rich! Happy Monday in 3 hours motherfuckers!! I left out the greedy grocery stores only because everyone has to eat.

I look at it this way: one less welfare payment, one less EBTer, one less negro on jail once he turns 16 or whatever age negroes start killing and raping and robbing and stealing and looting and jaywalking and pickpocketing and carjacking and niggering.

His fate is my personal choice for all the other negroes.

Chuck, that sounds crazy but that’s exactly what the demoncraps plan on doing. How’s that gonna stop the murderous blacks???

This was not a random shooting. Somebody in this house made dangerous enemies, and that person (and others who knew about it) stayed in the house and endangered everybody who lived there. The 8 year old was the innocent victim. Everybody else who lived there is complicit in the murder.

7:48, the picture this blog paints of KC isn’t pretty, but it’s very accurate. KCMO is a mess and getting worse every day. I sometimes wonder what the city and country would be like if we could send all blacks back to Africa. I think it would be mind blowing to see how much crime and government spending would drop.

You kiddin' me, 10:09? We need to exterminate them like the vermin they are.

Just like chuck said! You know, the white supremacist who is one of Tony's featured contributors!

A blog that features white supremacists! Wow! Whoda think it?

10:59, you read something different than Chuck wrote, or your memory is faulty. Exterminate is not what he wrote. And that phrasing you used that word in, isn't what he wrote. Try again.

Pray for the family.

Get you bullet proof siding nnnnnooooowweeee.

"The rat infestations in Los Angeles, Baltimore, New York and other cities are a metaphor for the human vermin that also, must, at some point, be eliminated with extreme prejudice from the streets, where they infest law abiding citizens with Bubonic Plague and chaos.

Is there any other way to interpret that? No there isn't, you racist pig.

There, I tried again and I succeeded.

Oh goddamn..that dude just knocked the fuck out of chuck and his butt-buddies. Brutal beatdown. Brutal!!!