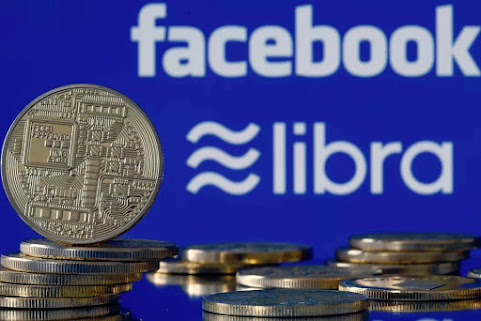 Washington, D.C.) – Today, United States Representative Emanuel Cleaver, II (D-MO) sent a letter to Facebook, Calibra, the Financial Stability Oversight Council (FSOC), and the Office of Financial Research (OFR), urging the financial regulators to proactively examine Facebook’s proposed cryptocurrency (Libra) and digital wallet (Calibra) for possible systemic risk. Cleaver also calls for Facebook and Calibra to turn over to regulators any and all information they may need to determine if this venture could threaten the US economy.

In the letter, Congressman Cleaver stressed:

“I remain deeply concerned with the current lack of understanding that he [Mr. Marcus] or anybody else at Facebook seems to have about what the long-reaching risks and implications of Libra and Calibra will be. Positive intentions will not be enough to combat the real threats of money laundering, terrorist financing, and fraud, or to ensure the protection of our financial system as we know it. For that, we will need to take concrete steps that have not yet been adequately initiated or articulated.”

The Congressman’s letter highlights the critical need for an investigation and was sent it to the following senior officials:

• Mr. Dino Falaschetti, Director of the Office of Financial Research

On June 18, 2019, Facebook announced its plans to develop a cryptocurrency, named Libra, and a digital wallet to store this cryptocurrency, known as Calibra. To assist it in this venture, Facebook has enlisted 27 other companies and organizations to form the Libra Association, which is based out of Switzerland. These companies include an array of financial services institutions including Mastercard, Paypal, and Visa, and technology firms, like Uber, Lyft, and Spotify. Facebook announced a targeted implementation date of early 2020, to have recruited over 100 firms into the Libra Association. According to Federal Reserve Board Chairman Jerome Powell, in testimony on July 10, 2019 before the House Financial Services Committee, “Libra raises many serious concerns regarding privacy, money laundering, consumer protection and financial stability.”

The Financial Stability Oversight Council (FSOC) and its Office of Financial Research (OFR) were established by the Dodd-Frank Wall Street Reform and Consumer Protection Act to prevent several potential sources of systemic risk from taking down the US economy. FSOC and OFR are responsible for monitoring financial stability and designating financial institutions as systemic risks. Upon designation, these institutions would be subject to heightened prudential regulation and the direct regulatory authority of other financial regulatory agencies. Three of the relevant factors used for designation include leverage, interconnectedness with other systemically important nonbank financial institutions (SIFIs), and whether a primary prudential regulator already has responsibility for the SIFI and the activity.

“Facebook has shown an extraordinary ability to grow their business and influence around the world, while also demonstrating a remarkable inability, or unwillingness, to foresee significant unintended consequences of their services,” said Congressman Cleaver. “Before Facebook is allowed to roll out Libra to the masses, it’s critical that FSOC and OFR investigate potential systemic risks of such a financial tool. If Facebook is serious about rooting out potential pitfalls of their cryptocurrency, I call on them to work with the appropriate financial regulators to ensure the proper safeguards are in place before nefarious actors take advantage of any oversight from the company.”
##########


Cleaver is a copy cat, and also into money laundering too. Biggest BS'er around.

Is this the most pressing issue facing Americans right now?

All this guy does is write letters. Or at least his staff does. Totally worthless.

A thief is more moral than a congressman, car was loan absconder Cleave; when a thief steals your money, he doesn’t demand you thank him.

More attention seeking from the cartoon joke of congress.

This clown is pointing fingers at others financial dealings?

Hey Cleaver clean up your own financial doings before you attack another over theirs.

Crypto currencies pose a threat to governments since they can't print these currencies.

To all real invesors...Crypto is a BON currency, based on nothing. it is a total scam and you can lose your shirt before you even realize it is gone. Avoid all crypto !

i'd never take financial advice from Cleaver, but that's just me

He is clearly looking to get some "campaign funds" from big tech. Cleaver doesn't do shit unless it benefits him or his family somehow.

Is crypto a bigger scam than fiat currency? If so it is a very great scam indeed.

Cleaver is looking for some financial contributions...this will go away when FB "donates" Cleaver enough $$ or buys his car wash for $14 million dollars.