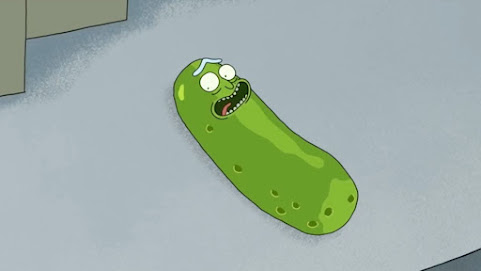 Even better, denizens inside the loop earn just a bit of release according to this news tease . . .

KC Biz Journal: "Operators of the downtown Kansas City Pickleman’s sandwich and soup shop signed a long-term lease for a 2,600-square-foot space at 25 E. 12th St. in 2016, but it still hasn’t opened. That’s about to change, according to Kansas City-based franchisee Jordan Starke. The shop is slated to open in three to four weeks and will feature Pickleman's new design — a modern and industrial vibe."

For subscribers, there's some great info in that link about how KCMO haggled to require some costly improvements and it's actually 12th & Oak that postponed sammiches.

ARE A FEW MORE EATERIES AND LUXURY APARTMENTS THE ONLY BENEFIT OF OVERWHELMING DOWNTOWN KANSAS CITY TAXPAYER SUBSIDY?!?!

For those who live near the loop but aren't taking part in the so-called "Renaissance" that's sure what it looks like.

Moreover, downtown KCMO cheerleaders refuse to answer any critical questions whilst the rest of KCMO and even some parts of the loop suffer one of the worse homicide spikes this town has seen in decades.

Those sandwiches are REALLY good.

Oh No! I thought everything was leaving/!?! What's going on!! I thought the murders would keep everything away?!/! We have a narrative here!!! Oh No!!!!

What is to celebrate? Another Subway/Quiznos/JimmyJohns copy cat? Another franchise? Another grab and go food spot? Is this winning?

Downtown KC. Where are the steakhouses and BBQ joints that KC is famous for? Finally a non-governmental, non-bailbond, non-attorney business and its a shitty sandwich shop?

As someone who pays a shit ton to keep KC going, why would I head to this part of town? Not for a shitty sandwich.

KC has a strong Jewish community. Can someone please make a good Jewish deli like I'd find in NYC? That would be a reason to drive downtown to 12th and Oak.

Also - Tony...it must be a slow news day. Or all the murder victims live at one of the same intersections (31st and Hardy for example) so there is nothing 'new' in the news.

That corner is a half block from where the P&L District shootings took place on Saturday. I hope Picklemans knows a good glazier.

4:02-There is a Jewish deli in downtown KC numbnut, it’s called Broadway Deli in the Crossroads and it’s fantastic. You might know that if you ever left your rented trailer in Frogville loser! You’re dismissed!

@4:02 - Crossroads is not downtown...you're a stupid numbnut. Nobody walks out of city hall or the county office to go to the Broadway deli asshole - unless they are trying to take a bribe and not get seen.

TKC asked "ARE A FEW MORE EATERIES AND LUXURY APARTMENTS THE ONLY BENEFIT OF OVERWHELMING DOWNTOWN KANSAS CITY TAXPAYER SUBSIDY?!?!"
TKC left out more murders which is the main benefit of taxpayer subsidy.

@5:06 and yet the crossroads IS downtown. Weird.

And yet it's not required. Weird.

Tony lies. Not weird but commonplace.

It was required because voters approved it, then Sly and Crew just threw it out into the trash bin.


I hope they all roast in hell. I hear it's terrific there.


Give me a break this is a flipping chain, what's the big deal. Lets have a success story about local biz. Come on!

@5:44, you stupid shit, the Crossroads is SOUTH of the freeway loop, no more "downtown: than the Plaza or Waldo is!

Buy a map (no, sorry forgot who I was dealing with - STEAL a Map)!

TKC, if any sandwich shop is in the news, it should be Bay Boys at 47th and Holly in West Plaza. Sandwiches (especially the bread) is incredible.

I don’t want to hear any references to how KANSAS City has been playing hide the pickle for 2 years. This is a serious blog, dammit.

@6:55, attempting to "win" by simple and constant denial and the continual use of one or two word "catch phrases" is the most blatant symptom of a severe mental derangement called "Republicanism"!

SEEK TREATMENT!
IMMEDIATELY!
The next thing you know you'll find yourself trying to use diversion, and by then it's too late!