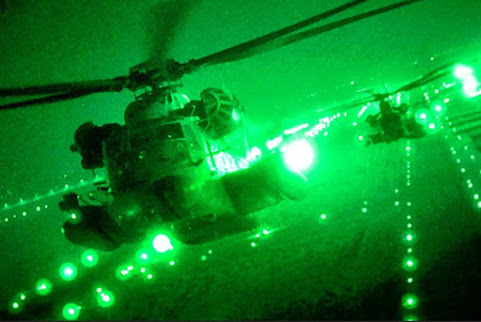 For our most beloved late night local denizens we offer a quick moment of contemplation as the world's most accurate encyclopedia tells us . . . In the United States militia movement, black helicopter is a symbol of an alleged conspiratorial military takeover of the United States. Not to worry, that already happened but nobody noticed because we were all too busy gossiping on our phones.

And so tonight, hyper-vigilant citizen media shares a clip capturing a few seconds of low-flying action during this week of not-so-low-key evening military exercises over Kansas City skies.

Saw an Osprey tonight as well. The cost of fuel alone could help wipe out KC's debt problem and maybe help alleviate the need for that e-tax.

Gotta think the old board of education building must be pretty spook but similar to many "staging" grounds around the world.

money out the window vote no to the e-tax

Assuming they "won" when the exercise concluded, what "pieces" were left over for us to repair?

I saw two Osprey's heading what seemed to be towards Whiteman. In broad
daylight and looking rather strange as they are usually rare in these parts.

Saw an Apache about a year ago at the Park of Fountains on the Plaza.

Regular Chinook flights that look to be towards Olathe usually, Olathe to Whiteman it seemed.

One flight of Chinooks was on route to Whiteman right after tankers got taken in Middle East. Thought they might be planning a stealth option.

I can't hear the black helicopters over the motorcycles and souped-up cars roaring back and forth on the streets.