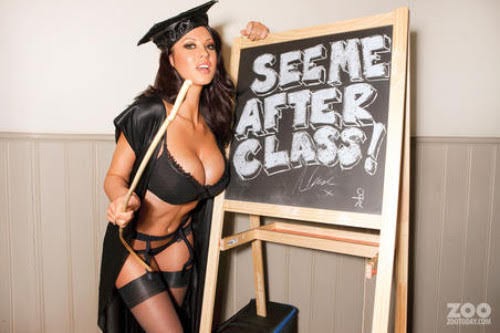 A KICK-ASS TKC READER suggests this apropos link in order to get a peek at the big picture amid this Courthouse debate noting that: "The never ending demand for school funding increases has been proven to be a totally futile waste of money and time . . ."

For more than a decade, the Kansas City district got more money per pupil than any other of the 280 major school districts in the country. Yet in spite of having perhaps the finest facilities of any school district its size in the country, nothing changed. Test scores stayed put, the three-grade-level achievement gap between blacks and whites did not change, and the dropout rate went up, not down.

For decades, critics of excess spending for public schools had said, “You can’t solve educational problems by throwing money at them.” To which educators and public school advocates replied, “No one’s ever tried.”

The judge may have been misinformed about the solutions. But no one can accuse him of being timid or indecisive. To pay for all the changes. improvements, programs and new schools, he unilaterally increased property taxes 150%, imposed a 1.5% income tax surcharge and, when that wasn’t enough, ordered the state of Missouri to make up for the shortfall.

GIVEN THAT CASH FOR SCHOOLS IS ONCE AGAIN THE INSPIRATION FOR THE CURRENT JACKSON COUNTY PROPERTY TAX HIKE: IS THE MONEY JUST GOING TO BE WASTED AGAIN?!?!

It will help the students whose parents are consultants and administrators cashing out on this deal.

The schools already do the little welfare mooches laundry and feeds them. How about free overnight beds ?

"GIVEN THAT CASH FOR SCHOOLS IS ONCE AGAIN THE INSPIRATION FOR THE CURRENT JACKSON COUNTY PROPERTY TAX HIKE: IS THE MONEY JUST GOING TO BE WASTED AGAIN?!?!"

Pun intended, take it to the bank.


The school dist. isn't using the money to better the kids education. The money goes to free food year round, free activities to the thugs, clothes and who knows what else. Next maybe free health care.

Taxpayers should not expect anything different from the city of failures.

"I wouldn't call funding my retirement a waste of money!"
----- Arthur A. Benson II

The school district BC ( before Benson and Clark ) had close to 70,000 students. Now the district has around 15,000 students. The plan envisioned by those two didn't take into account that citizens are mobile. They just moved. It destroyed whole neighborhoods.

All these schools are failing because of black culture. Acting 'white' is a big no-no. Most of the children going to them have never been around their father or have been disciplined by their parents for bad behavior. Gang involvement just keeps skyrocketing and no one seems to want to do anything about it. Let's just blame 'white privilege' and start charging them more property taxes.

That’s the annual budget for the school district.

These asshats can’t even stay under budget.

Art sure loves his Big Mansion in Janssen Place.

It costs us over $16,000 a year to put these kids through school that can’t get full accreditation. College is cheaper, hell, private schools don’t cost that much. The problem is you can’t make these kids learn anything or that would be racist. Again just like the murder problem in killa shitty, the blacks have nobody to blame but themselves.

When passing through Springfield MO, don't forget to stop and spit* on Judge Clark's grave.

The County like the City is an employment agency. All projects have the hidden agenda of "employ as many as many folks as you can". The outcome of success of the project is irrelevant.

Unrelated, but the Tyreek Hill thing should really be the most important story in KC for the next several weeks. It's basically the smoking gun that the KC media is agenda driven and incompetent. It's being sort of brushed away by local media with platitudes like "well, this raises more questions than it answers" but the shit they did...ALL of them is damning and worthy of most of them to lose there jobs. There needs to be some pressure put on this because they certainly aren't going to push it