TKC QUESTION: IS KANSAS CITY ANOTHER RODENT INFESTED MESS, TOO?!?! 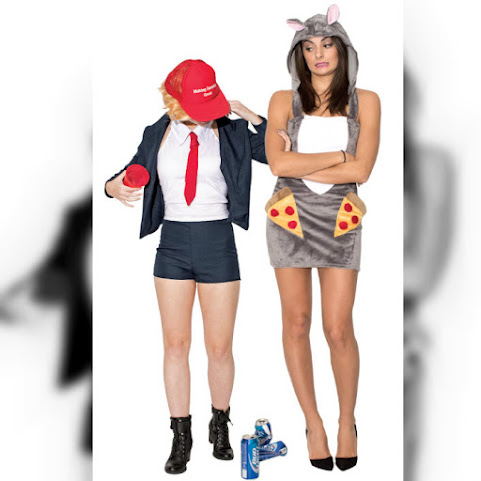 Once again the Prez has directed the nation's attention to the problems of the nation's cities in his own divisive and sensational way . . . 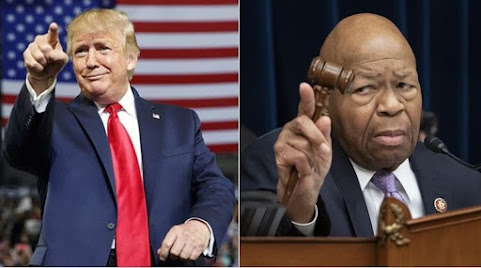 Here's a quick roundup of the conversation so far . . .

Guardian: Whenever Trump says ‘infested’, we know he’s talking about people of colour

And here's how it applies locally as an AWESOME TKC READER sent us this SHOT earlier in the year of a really nasty and HUGE rat dead outside of City Hall . . . 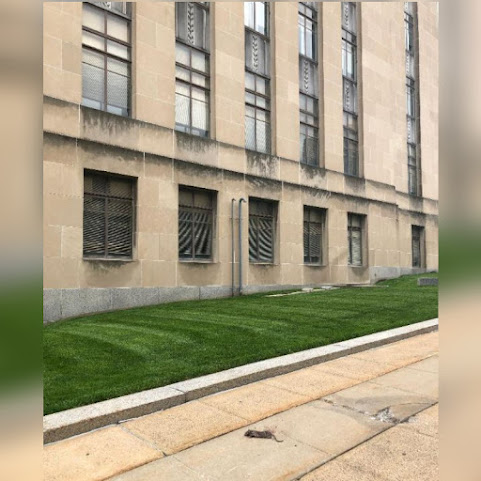 WOULD KANSAS CITY ALSO QUALIFY AS A RODENT INFESTED MESS?!?!

Sure, nobody like to think of their town as a place where vermin dominate the streets.

But let's look at the facts. There's actually a rodent crisis in American cities across the nation.

We reported on this earlier in the year . . .

Remember that our TKC blog community called out this issue a couple of years ago. One day later local news followed up but the problems has seemed to have worsened this year.

Downtown Kansas City denizens have seen a noticeable population boom among rats during Springtime 2019 but calls to City Hall reveal rat control programs shut down and merged with 311 - A long suffering help line where responses to complaints are measured in months.

And so because talk of practical matters like this one was silenced during the election . . .

BEFORE WE DEFEND BALTIMORE BLIGHT, KANSAS CITY MIGHT WANT TO REMEMBER THIS TOWN ALSO HAS A RAT PROBLEM!!!

Maybe, but Quinton Lucas is going to solve all of these problems in his first month in office.

^^^^ Please don't hold your breath waiting for that to happen.

Spend the day plating food in the kitchen of Jones Bar-B-Q, the now-famous Kansas City, Kansas, hole-in-the-wall made-over by the “Queer Eye” guys. Ran out of beans. Didn't see any rats. Thought Quinton could make it but he's got busy photo op week ahead of him. Posing with the folks and kids.

The biggest rat problem is 12th and Oak.

The city is rat invested, everywhere you go in the hood and downtown, rats are running out in the open, the outlying areas aren’t too bad because these folks know they have to take care of any rat infestations themselves because the city won’t do dick about it.

What will the millennial mayor do?

the problem is trash pick up.

You don't have it in some part of town and that invites the rats. Will Quinton work on the trash problems nd take out the trash? I sure hope so.

Trump and many Baltimore constituents tell "CUNNING" to clean up the CRIME and CRAP!!! said...

Kimberly Klacik has BIGLY exposed much of the filthy FUBAR in Baltimore. This noble Republican strategist, black activist, and DECENT American is being targeted by the usual lowlifes: black racists, white apologists, DemonRats plantation house slaves, etc. Instead of gratitude and jumping in to call out ELIJAH "CUNNING" CUMMINGS, and DemonRat leaders, she gets threats of social media hacking, threats to her person safety, and lame lies about her motivations.

She posted vids of the vermin infestations, blighty buildings, trashed houses, and THE DECADES AFTERMATH of maintenance neglect in West Baltimore. FRIKKEN TREES GROWING IN THE MIDDLE OF EMPTY ROW HOUSES, RIGHT THROUGH THE GAPING ROOFS!!! Gigantic piles of debris in yards of intermittent abandoned houses, block after block THAT KIDS WALK BY TO GO TO SCHOOL!!!

ELI'S BIG MOUTH ABOUT THE EXAGGERATED BORDER BULLSHIT IS BITING THAT BLACK RACE-BAITER IN HIS BUBBLE BUTT!!!

Like the ^^ troll does, just kick back and watch some Matlock, or Harold and Maude on Netflex.

^^Netflex, must be another buttboi thang! said...

4:26 is fetching cigars and Scotch for his master between BathHouse toilet water guzzling. Queer Eye is on Nadlix, so don't miss it, buttboi!

Do democrats run this city? Then the answer is YES!

There was a girl at DST Systems Inc who looks like the pretty brunette in the picture. She was a representative, who "entertained" the New York clients and dated her married manager of course. Another girl in the same role changed her shirt in front of the Chase Manahattan managers and they were pissed off about it. Sex sells, most of the time. But not always.

COMEY, STRZOK and PAIGE are a yuuuuge embarrassment to the REAL FBI said...

4:59, there was a married frizzy haired, gummy toothed, plainJane cheating with a married dork faced, smartass narcissist. They were supposed to be performing investigative and administrative policing work while holding top level governmental security clearances. These two idjits played fast and loose with dishonorable hijynx while trying to undermine the POTUS. Their leaks and lies are likely sending the duo of DISGRACED FBI phonies up on serious charges soon...same as LEAKY, QUEASY, LIAR COMEY!!!

Our shithole ghetto is rat infested, as are all shithole ghettos. Baltimore is not unique. Any Democrat-run city has a shithole rat-infested ghetto with a high crime rate and a majority of residents who live on welfare.

Trump is a racist, but he'll make an exception if you're a famous brown person.

Of course it is but its limited to Emanuel cleavers district. Those dumbass people need to find a better congressman quickly. He is more interested in making a name for himself nationally than representing his district. Oh wait the sounds like Cummings as well.

While on this topic, has anyone heard what's going to happen to our old pal Go4KC?

Prolly be here spouting MOMENTUM B.S. from the BathHouse between guzzling toilet water with other AOC OCD doofuses!

I feel sorry for the rats.

4:59, DST female "reps" who entertained clients and banged company execs!!! We need more details on this!

There are no rats at Disneyland because they keep 300 cats on the grounds.

There were no rats in the textile mill in Nashville where I worked because they had cats living in the factory.

There are no rats in my home even though I live on a river bank because I have cats.


Do you see the pattern here?

If you are in the top 5 for murder.., you’re rat infested. I LOVE Trump. Keep pushing back and making the truth known, Mr. President! KC and all our American cities deserve better. Quinton do you know how to talk to a white get it done businessman? If not? Figure it out! Your political future depends on it!!

3:42 - You had to bring the Jones sisters into this! WHY? because they are black and they are more sucessful than you? Obviousley Queer Eye is gay dudes, and the Jones sisters are women, could it be you own a food business and are jealous the Fab 5 didnt come suck your small dick?

KC should be the next city which Trump calls our for years of corruption and wasted money. The Black on Black murder rate in this City is the elephant in the room that City leaders somehow forgot to even talk about over the last 8 years.
Hey Cleaver, keep yapping and Donald will call you out also.

I love how Trump's best hope for 2020 is to point out how much crime, homelessness, poverty, violence, and even rats are populating cities like Baltimore, Chicago, Detroit, LA, and San Francisco.

Highlighting the massive failures in not making American great again is only a strategy a stable genius would use.

The country is an infested shithole, but vote for me again! This time Mexico will finally pay for that wall!

White identity politics is his only hope because broken promises, a slowing economy, exploding debt, weak foreign policy, and personal corruption is now the record of 3 years of the Trump experiment. Racism is the only thing he delivers.

331 get out of mommas basement and smell the coffee

Once upon a time in Kansas City there was a city Councilman by the name of Jermaine Reed. Mr Reed posted on his City web portal that he had an MBA from a local college until the Chancellor from this college said he did not graduate. The portal was then corrected. Mr Reed also traveled on the City expense budget more than any other city Council member, year after year. Mr Reed also backed major City investments in 18th and Vine, the Linwood Grocery Store, MLK renaming, and the Jazz Museum. $100's of million dollars were wasted while basic KCMO services were ignored and the city Urban Murder rates soared to be among the highest in America.
Mr Trump, would you consider Mr Reed to be guilty of public corruption???

Trump has literally done more for Baltimore in raising awareness in the last week than anyone has done in the last 20.