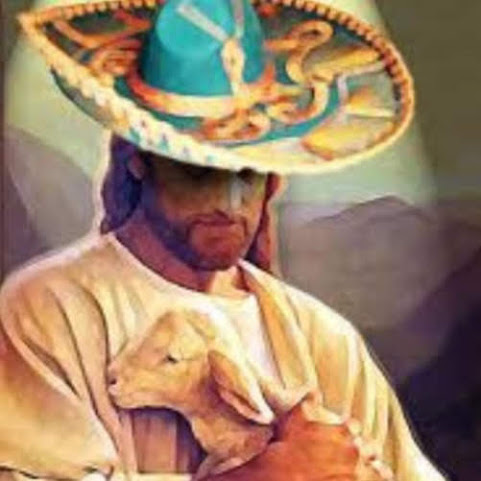 The Catholic Church in Kansas City and throughout the world is undergoing a fundamental shift in demographics.

In Europe, despite Brexit and anti-immigration backlash, Christianity is no longer the default.

In the U.S., Christianity has endured an incredible decline . . . Over the past 20 years Church membership and religious affiliation has reached historic lows according to Gallup research.

And so, skeptics have argued that the Church has recently undertaken immigration advocacy for the rights of migrants and illegal aliens in an effort to maintain their numbers. On the other hand, as the nation abandons Christianity it's more likely that U.S. policy will also oppose and impact people of faith.

In the Archdiocese of Kansas City in Kansas, about 30% of Catholics are Hispanic. The majority of that population traces its roots to Mexico. This information comes from statistics published by the V Encuentro following the national conference in April.

According to the statistics, the future of the Catholic Church is Hispanic.

Also, while only 30% of the total Catholic population in the archdiocese in 2016 was Hispanic (still a sizable amount), those numbers grow the younger the population gets.

To minister to the needs of Hispanic Catholics in the archdiocese, there are 12 parishes with an organized Hispanic ministry and 20 weekly Masses in Spanish.

Will they be able to so masses in Spanish when we go to English only?

Not a good thing. It should be the job of people "of faith" in the Latino community about the practices of some priests and congregations to ignore sexual assaults and then cover up the crimes by moving priests from one parish to the next. This is just a new pool of victims for predator priests if people don't sound the warning alarms.

sadly, the church is doing exactly what it's done for years. Targeting under educated individuals to perpetuate a system that depends on ignorance and a lack of common sense. the more educated you are, the less you believe in to the malarkey and profit driven mentality that is modern religion. as the Latino community becomes more educated, they will wake up and realize that religion is doing nothing except to fill them full of falsehoods and take their money.

The church is following the orders given to them by liberal leadership and preying on the lemmings of society.

Every Latino I have ever known was Catholic so I don't see this as anything new. The demographics of the area you live in will dictate who and what is attending the local church. The same Latinos I have known also see to it that their children have God in the lives growing up whereas the golden ghetto families demand it less and less every year.

Look around at the number of "Iglesias Protestantes" that are springing up (and growing rapidly) everywhere, and it looks like the Catholic Church has "peed in its own Chili" with this part of their congregations too.

And @8:36, are the white parishes resisting the "young families" influx as well? All you see at mass are elderly adults.


Middle class whites are not abandoning the faith they are just abandoning the catholic church, which is a liberal church that goes against God's word the Bible. It's the biggest and most wealthy cult in the world.

@ 11:34 - so many false statements. Do you realize that most management people in the US (not supervisory roles but true managers) are Catholic? Why you ask, but you didn't, it's because the church has supported education more than any other church. The public school systems in the US are the only group that has more schools than the catholic church. The church does not support priests that engage in improper conduct of any kind. Every church bulletin in the United States has a box on one of it's pages urging anyone knowing of any misconduct by a priest or lay person or religious order to call and report the person to the police. I'll bet no other religion has that and you aren't catholic or you'd know it. Also in regards to cycle of poverty have you ever heard of Catholic Charities. One of the biggest charities in the world. They have programs all over to stop the cycle of poverty and help people every day, more than you do since you never donate to a charity. Oh mommy just called you because she got you lunch ready so go upstairs.

I compared the catholic traditions and beliefs against whats in the Bible. They DO NOT MATCH. Either the Catholic church is wrong, or God is wrong. Mary was jewish and died hundreds of years before the catholic church started. There is massive issues anyone can find. Read the bible and see.

The catholic organization is like a glass of 99% pure water. However the other 1% is cyanide poison and will destroy you. When a priest told me I couldnt pray to God, that I had to use him to get sins forgiven, i knew it was a fraud. The 1% will keep you from ever seeing heaven.

^^The Bible was never intended to be a manual, nor was it intended to be "The Word of God." That is a Protestant fantasy. Bible is short for bibliography. It's not a book, it's a library. It was written by men, not God.

Luke for instance has two factual errors. One is the name given to Joseph's father, the other in stating when the census occurred.

Josephius Flavius hated Herod & devoted nine chapters to his many crimes, but never mentions the "Slaughter of the Innocents", which means it probably didn't happen.

Everyone knows the Lord's Prayer (though it's actually plagiarized from the Egyptian Prayer to Amon) but everyone know ignores the verses immediately preceding it where Jesus says that if you pray in public, you are seeking the praise of other men & God will not hear your prayer. He goes on to say that you should prayer in your closet in secret, that God only hears prayers made in secret.

I find Protestants annoying, while I find Catholics more sensible.

If I have to chose, I chose the Catholics.

Hispanics love their drugs, tatoos, cheating on their women, booze and gang life style. But claim to be good catholics. They go to church in Chiefs shirts. How disrespectful.

The catholic church was started by a Roman leader nsmed constatine, in 313ad. He had a dream if he painted crosses on the soldiers shields, he would win the battle. He did outnumber the enemy and won, converted yo christianity, declared it the state religion, but allowed pagan religions to merge into the catholic church. Hence idols, smoke, hats, robes, paintings, virgin mother worship, candles, endulgenced snd lent, purgatory, All pagan religous activities rolled into catholic church. Its a fake religion.