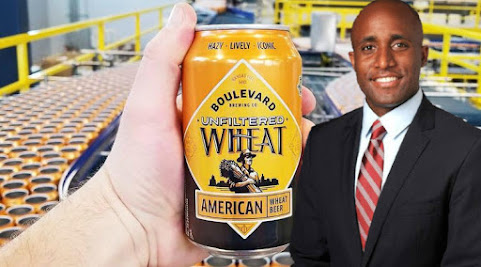 We noted a hint of the drama to start the week but behind the scenes it's getting worse. 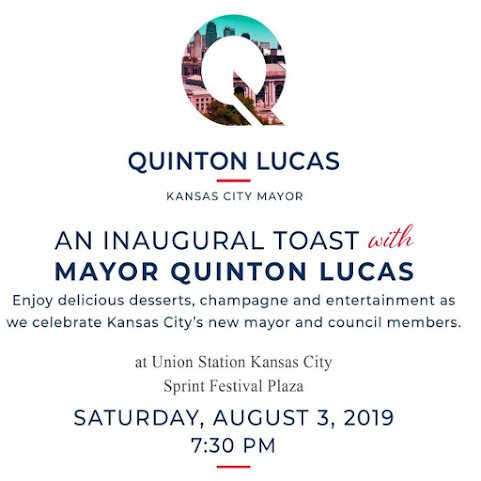 THE PARTY PLANNING FOR THE INAUGURAL TOAST HAS HIT A SNAG BEHIND THE SCENES AS QUINTON'S HELPERS INCLUDE A SASSY WEDDING PLANNER WHO DOESN'T KNOW WHAT SHE'S DOING!!!

At least that's what insiders are saying behind the scenes.

In fairness to Mayor-Elect Lucas . . . He has delegated this responsibility because he's more interested in policy issues. It's his team that is showing their inexperience in this task that should be a cake walk.

They're begging for donations and have forsaken fundraising for the event. Local power players are literally throwing their checkbooks at the new mayor but his team has been too naive to set up the proper organizational structure in order to throw a decent party that would accommodate the many supporters of the mayor. Instead, they're begging local companies for donations.

This move has sparked the ire of insiders:

"Local businesses need to be paid, the campaign is over and the new mayor's team should realize that it's time to stop leaning on their supporters. The way they're going about this is all wrong."

The new council will be inaugurated and party the new mayor, City Hall is picking up some of the tab but control of the resources has started a fight behind the scenes with Team Quinton unable to realize that using taxpayer cash for this bash is going to be a big mistake for which they'll get spanked. Again, more experience and a proper fundraising structure would have solve solved this infighting.

Boulevard Brewery has donated quite a generous amount of booze to this event and the champagne toast is now a beer party which is okay with most locals but seems like a lot less than what was promised and probably foreshadows the future of this fledgling administration.

Team Quinton is a mess. the wedding planner is just part of it. They new gang just doesn't have as much experience as Mayor Sly's people.

That's always been my problem with Quinton Lucas. He's obviously a very smart person who has a great deal of skill but the people he's surrounding himself with simply don't know what they're doing. The b-team is running the show and doing a poor job of it. It may seem like a minor deal but these inaugurations always get elected officials started on the wrong foot.

Nothing wrong with free beer for the people. They're not going to get their free housing so hopefully his will help their problems.

Um, this so called B team helped get Q elected so gimme a break.

Did they 5:05 or was it simply he got elected as being the lesser of two evils>

If he can't even manage the finances for a party then how is he going to run a city?

Is an event with drinking as its apparent focus the best choice for a lesser of two evils candidate who's a known drunk driver? Hm.

They want $3000 dollars for a ticket to the event. Seems to me to be a bit high. Is that normal?

The pro Sly anti Q people posting above are jumping for joy to trash Q as their last days near and while they languish, they throw shots at Q.

The pro Q people make the childish mistake of mistaking criticism for opposition. The truth is that this election, like every single one in KC, is a race to the bottom to see which unqualified candidate can be the best front person for the nonstop grift.

Sorry to burst your bubble. Watch Q, by the way. He has a hard time knowing when to stop. ;)

Someone tell Tony: Hillary lost. And so did Jolie.

Champagne made from sour grapes!

A bit of loaded language here. For what is the real difference between begging for money--and fundraising? Note that the wedding planner is not named. And can't this all be sorted out with a letter or two, and forming some committee.

Did Tony make this big of a deal about Sly's first inaugural party?? And how did Sly finance his Pigs at the Trough while the little people ate cake? Chuck and Super Dave and I missed it. Inaugural galas are like New Year's Eve. Amateur night.

What we really want to know is, when will the potholes be filled?

He could ask the now former lees summit superintendent for some money, he resigned today but only after they paid him $750,000, who didn’t see this coming, this dude played them real good. Let’s see if lees summit school district learned their lesson or are doomed to repeat their stupidity of getting sjw’s involved again.

Another amateur night on the plains.
And already the keys to the city treasury are missing!
Another long four years for the residents and small businesses in KCMO.
What's the total taxpayer giveaway to Google going to be?
It never changes.

Fuck the party. Fix the potholes.

Conditions were so bad in Russia that everyone drank too much.

Conditions were so bad on the Indian Reservation that everyone drank too much.

Conditions were so bad in Kansas City, they decided to have a drunken party to celebrate.