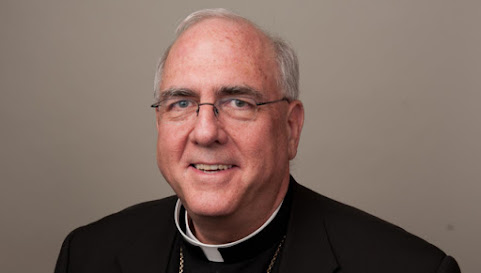 In the ongoing struggle to for compliance and reconciliation amid the Catholic sex abuse crisis, here's a preview and more info about a protest against an outspoken Kansas City, Kansas Catholic leader . . .

They start leafleting effort at & near churches

SNAP: 'He should be helping KS Bureau of Investigation'

‘Archbishop: Teach your flock how to act,’ SNAP says

After a sidewalk news conference, clergy sex abuse victims and their supporters will hand out fliers door-to-door announcing that

--they’re mounting an “aggressive, grassroots outreach campaign” in eastern Kansas to “find and help more victims, witnesses and whistleblowers” because the KC KS archbishop “won’t come clean and won’t reach out,” and

--they’ve found five more credibly accused abusive priests who worked in the archdiocese but have been left off the official archdiocesan ‘accused’ list and have attracted virtually no attention in the area (and their names will be on the fliers).

--beg victims, witnesses and whistleblowers with information or suspicions about accused priests to call law enforcement, especially the Kansas Bureau of Investigation, which is looking into clergy sex crimes and cover ups in the state, and

--prod the KC KS archbishop to post the names of ALL alleged predator priests, along with their photos, whereabouts and full work histories and teach his flock how to react with compassion and open-mindedness when their priests are accused of abuse.

Three-four concerned KC area Catholics along with two-three victims of clergy sexual abuse who are members of a support group called SNAP, the Survivors Network of those Abused by Priests, including the organization’s new Kansas City leader and a St. Louis man who is the group’s current volunteer St. Louis leader as well as its former long time executive director

1) SNAP continues to find and disclose names of and information about publicly and credibly accused abusive priests who a) are or were in the Kansas City Kansas archdiocese but b) are NOT on the official archdiocesan ‘accused’ list. The omissions, SNAP says, put kids at risk and impede healing. They also prove that Catholic officials continue to be secretive, callous and reckless, violating their own repeated pledges to be open about abuse,” the group says.

Because of this, over the next three months, SNAP will hand out leaflets at and near Kansas churches, listing the alleged predators and urging victims, witnesses and whistleblowers to call the KBI which is investigating dioceses across the state.

With today’s disclosure, SNAP has ‘outed’ 14 such clerics who have escaped virtually all public attention in eastern Kansas despite having been deemed ‘credibly accused’ by Catholic officials elsewhere.
#########

The priest looked at the rabbi and said " You think we have time ?"

Tony, why do you omit his name. you have never don e that before.

Why doesn't SNAP disclose the name of the Law Office that gets a huge cut of the money these cases generate?

Organized religion: It's a suckers game. Those kids aren't going to fuck themselves are they?

Organized religion is for dumb dumbs