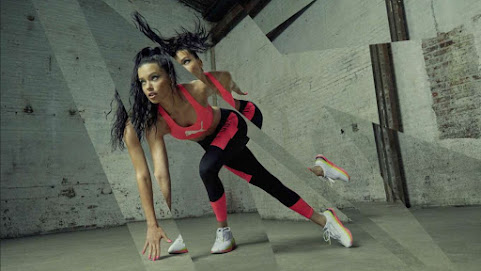 Hottie Adriana is our favorite enduring old school model and this morning she inspires us with her fitness routine, sponsor love and pop culture relevance . . .

NYD: Women have less sex as they get older and often don’t enjoy it when they do

Closer to home, here are more than a few nicer, interesting, heat related and historical news links to start our day . . .


Locals face the facts of the number 1 app on iTunes

KANSAS CITY, MO (KCTV) -- From singers, to actors, to athletes, the app that ages with AI is getting a lot of buzz. "It's pretty funny. I send it to friends and whatnot," Drew Lutzke, app user, said. "My daughter just did it this morning," Gayle Schimmel, resident, said.

Inclusive Golden Ghetto At Play
'It's going to change your life': JoCo's new $1M playground a sign of the future
Keeping KCFD In Bounds


To help recruit, KCFD asks for change to residency rule

KANSAS CITY, Mo. - Leaders with the Kansas City, Missouri, Fire Department are asking the city to adjust its hiring rules to help the department recruit more applicants. Kansas City has a residency requirement stating all employees must live in the city limits nine months after getting hired.

It was a dark for Kansas City 38 years ago when two walkways collapsed at the Hyatt Regency Hotel in Crown Center, killing 114 people.Two hundred people were injured.At the time, it was the worst structural disaster in American history."I was working at Macy's on the dock.

OVERLAND PARK, KS (KCTV) -- With the heat index expected to stretch into the triple digits Wednesday, local firefighters and emergency medical crews are taking extra measures to make sure they stay safe in the extreme heat. Firefighters said they take a drastic increase in calls during hot days.

Folks trying to beat the oppressive heat that has swallowed the Kansas City area Wednesday afternoon have several options for cooling centers around town. The Missouri Department of Health and Senior Services has compiled a map of cooling centers across the state.

Second-half team! The Royals stayed hot by winning for the fifth time in six games after the All Star break, defeating the Chicago White Sox, 7-5. It was a great night for Jorge Soler, who picked up three more RBIs to get his season total to 67, which is third in the American League.

There is plenty of affordable housing east of Troost where the newly hired KCFD employees can live. City residency should not be a problem.

Royals win because White Sox suck worse than they do.

^^and yet the White Sox lead the Royals in the division. Weird.

I'd say Royals got lucky last night so yes they won cause WS played like the Royals have been playing.