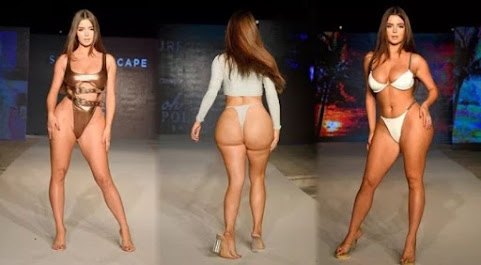 One on our favorite online hotties sparks the imagination and pop culture interest of the blog community this morning . . .

Closer to home, here's a peek at some of the nicer news links we're checking this morning . . . .

Commercial artist Matthew Hawkins is in his mid-40s and feeling like more of his life is behind him than ahead of him. So, he took some time off from his paying art jobs to nail down a personal project he's worked on for the past four years.


Aldermen consider addendum for expansion project at The View

by Mary Wilson In 2014, the City of Grandview was cutting ribbons at parks across town, with the reopening of several facilities which had been transformed with new, cutting-edge equipment. That same year, in August of 2014, Grandview voters approved $8.7 million in bonds for four improvement projects, including Shalimar Park renovations, an outdoor aquatics facility, Meadowmere Park development and an expansion of The View community center.


Checking in on OP's fight against harmful algae

OVERLAND PARK, Kan. - A plan to stop toxic algae from popping up on South Lake in Overland Park, Kansas, has shown signs of promise. The city launched a pilot program in October to keep harmful algae from taking over the lake.

Author's note: The following account is based on three interviews with Jim Hamil, as well as research at the Eisenhower Presidential Library in Abilene, Kansas, and at the Hallmark Cards Archives in Kansas City, Missouri. Jim Hamil, a young artist in 1961 at Hallmark Cards in Kansas City, looked up from the watercolor painting on his table to see the commotion in the creative department.

KANSAS CITY, Mo. - José Ramírez homered for the second consecutive game, a three-run shot that sent rookie Zach Plesac and the Cleveland Indians past the Kansas City Royals 8-3 on Friday night. Francisco Lindor had three hits, including an RBI triple, as the Indians stayed two games behind first-place Minnesota in the AL Central.


Conditions on the humid side for the weekend

Hide Transcript Show Transcript WILL TURN INTO MEMORIES AND LAST FOREVER. CODY: AND THIS WEEK, THE WEATHER WILL COOPERATE. NICK: IT WILL BE ON THE HUMAN SIDE, BUT NOT DANGEROUSLY HOT OR EXCESSIVE HEAT LIKE WE HAD A WEEK OR TWO AGO FOR THAT EXCESSIVE HEAT WAVE THAT WE HAD.

Dat ass is............. disgusting, nasty and down right gross, imagine having to sit next to or try getting around that on an airplane or in a restaurant.

Your readers are losers TKC. said...

^^^^ All broke and dating Rosie Palms.

Tony take that nasty picture Down!

7:33---The only ass fatter than that is Tony's favorite tramp Kim Kartrashians

If Demi's skin was three or four tones darker she could pass for a anorexic Black Girl.