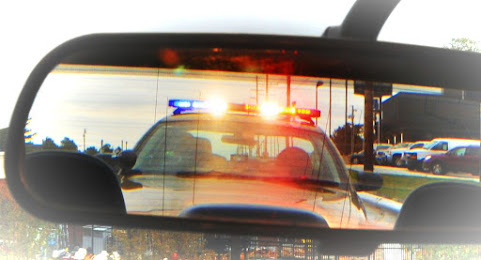 A worthwhile discussion of police tactics connects concern from the African-American community to continued outcry from advocates for LIBERTY about procedures used by authorities.

Agree or not, it's a smart way to frame both issues that could inspire a consensus across communities.

State Rep. Shamed Dogan announced today that his Special Committee on Criminal Justice will hold public hearings in July and August to thoroughly examine the issues of racial profiling and civil asset forfeiture. Dogan said the committee will focus its fact finding efforts to examine the 2018 Vehicle Stops Report showing the largest racial disparity in vehicle stops in Missouri history — in which African-Americans were shown to be 91% more likely to be stopped than whites — as well as the report from Auditor Galloway showing that $9.1 million in cash and property was seized through the use of civil asset forfeiture in 2018 compared to $7.1 million in 2017, in light of the U.S. Supreme Court’s ruling in Timbs v. Indiana restricting the use of forfeiture.

I have tinted windows, legal tags, drivers license and insurance. Im pretty sure when I get pulled over the cops knows nothing about my race. I get ticketed and I appear at court or pay the fine.
End of story!

Waa Waa Waa Waa I break the laws of the road all the time and get pulled over for it. So now I am going to scream, throw temper tantrums and make false claims on backs being profiled.

Obey the law and your stupid ass isn't pulled over.

Civil Asset Forfeiture is a crime.

Shamed Dogan, who the fucked gave him that name?

Another black man hating on whitey.

He should do as his name says, be shamed and shut the fuck up.

Another category where certain people want a quota system.

I’m guessing this dumbass wants to get his peoples drug money back.

Why would cops pull over more black folks than white? Oh, stats, I see. Sorry.

It's not that nignogs speed and break traffic laws. It's that they do so egregiously, so much that cops HAVE to stop them. A white person might go 5 mph over the limit. They'll do so in a decent car, well maintained, legal tag and insurance, staying in their lane, etc. Nignogs will go 25mph over the limit - on a highway or a city street - in a badly maintained shitbox, an expired temporary tag taped into the window, blaring jungle rhythms at full bore, while weaving in and out of traffic. The cop can exercise a little discretion with a 5 mph over - but going 60 down Prospect, they have to stop the guy.

7:59 Jesus racist much? Those folks deserve to get pulled over. It's the hardworking black and brown people getting pulled over just for driving while being black in the "wrong neighborhood" that's the problem. Hell I see it all the time in my suburban neighborhood.

^^ Jesus stupid much? 7:59 told the truth. You must be a Dem and can't argue if the facts are against you.