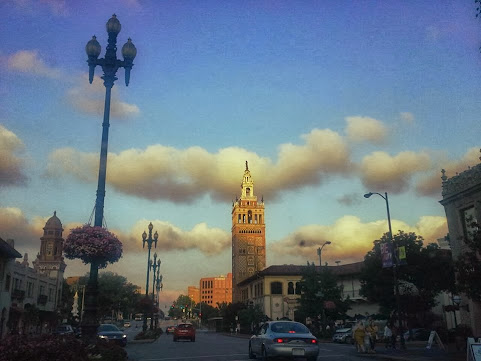 One of the 3 major KC reddit groups is claiming a "win" for spreading this rumor despite the fact their forum is mostly dedicated to debating Arby's, posting stolen photos and sh*tty local bands trying to get attention . . .

KCPD WAS FORCED TO FACT CHECK FAKE NEWS SOCIAL MEDIA RUMORS ABOUT KIDNAPPING ON THE PLAZA!!!

"We have been notified of online rumors regarding women being followed by men on the Plaza, fearing they are being targeted for sex trafficking. We have received no reports of this activity; there have been no reported abductions, and our Vice Unit has no indication about any such "sex trafficking group." Plaza Security also told us they have had no such reported incidents. We also checked with the FBI. They have so such reports, either.

"Please keep in mind that thefts are statistically a much more likely reason to be targeted. When you're out: be aware! keep your eyes and ears open rather than on a phone and always be looking around you. Any time you feel unsafe, please call us! Emergency:911, Non-Emergency: 234-5111."

To be fair, there are a few people who insist this crime is very real and women should be careful -- In and of itself, there's nothing wrong with women staying on guard. Then again, last Summer there was a guy walking around the Plaza with a Samurai sword. Security constantly had to keep watch of him but because he was a hobo . . . The story was just another low-key slice of life in Kansas City.

Most people wouldn't want to take home any of the women walking around the plaza.

I saw two other such posts just last week from women complaining about men that were following them around in retail stores. A site called Nextdoor has had several such posts made about women thinking they are being followed. First thing you know several women are all chiming in with quotes about being followed as well. It's your typical bullshit blog crap created by trolls and has no truth behind it 90% of the time. Sad part is the lies cloud over the real crimes that might be happening somewhere. Look at what Tony allowed Funkhouser to say about his brother of which who knew what of it was true or not but Tony put it out there anyway and the stories grew from there. What 10 years later and the story still gets attention.

sex on the Plaza?

2:04 to bad you missed the whole point of what he said while proving the point he was making.

Plaza is a dump anyway. no decent women there.

NastyDave, all of my siblings know that I was speaking the truth.

You are a racist piece of shit, so I don't care what you think about anything.

When I first starting posting comments on this blog, you weren't here, yet.

You came here for the sole purpose of attacking me, which you did endlessly.

At one point, you even had one of your lady friends join you in this endeavor, until she was embarrassed into leaving.

You have my permission to go straight to hell, & take your boyfriend, Mark Squitiro with you.

Everything's good! Be sure to try out Shake Shack!

3:22, is the reason you are so sensitive about race because you have always been the black sheep of the family?

lots of police departments getting trolled this week with fake news.

Byron, please copy us, or provide address(es) for commentary you make in the state you live. Surely, it couldn't be that folks outside of TKC don't give a shit what you have to say, and this is the ONLY VENUE IN THE WHOLE F-----G COUNTRY where you can get your dumb liberal bullshit in print.

Of course it's fake news. In America, sex trafficking now surpasses drugs in terms of profit and 30 mins of solid research shows how dedicated ALL INSTITUTIONS/AGENCIES are when it comes to down playing it/covering it up. BUT, Kansas City is immune to such illegal activity. Silly people!!

Hey 8:16 , at Diebels place is so homosexually abounds! The owner is known as the original Queen of the plaza , the stuff crap that they try to sell is all rip off crap and all the employees are faggots that enjoy that glory hole at the shit hole of Diebels on the homosexually abounds plaza !¡!¡!