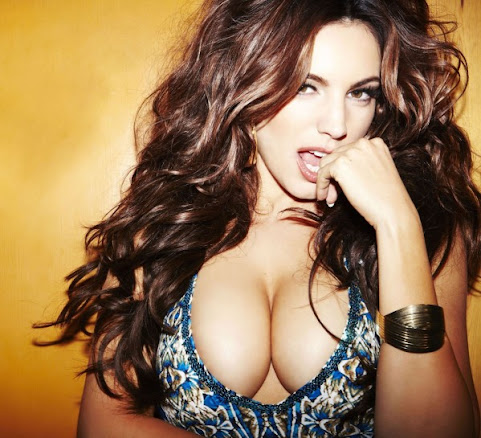 Tonight we have KB inspiration and a bevy of local news to cypher in both pop culture and local topics:


MirrorUK: Kelly Brook diet of pies and Guinness caused boobs to swell to back aching size

Junkee: I Spent All Day Sucking From This Tiddy Vest

Closer to home, here are the links worth checking right now . . .

Fox and Pearl owners/partners Vaughn Good and Kristine Hull share the details and how they got their start in the industry.

A deal to sell the 17-building Sprint campus in Overland Park to Wichita-based Occidental Management has closed. The deal comes on the heels of speculation that the U.S. Justice Department is close to a decision on Sprint's $26.5 billion merger with T-Mobile.


Car carried away by construction vehicle in Overland Park neighborhood

OVERLAND PARK, KS (KCTV) -- Construction in Roger Johnson's Overland Park neighborhood is nothing new. The people who live around 53rd and Goodman streets are used to the sights and sounds of all the equipment. But, no one expected to see a road crew pick up a parked car and move it.

Kansas City police are asking for the public's help to locate a suspect wanted in connection with a June homicide and assault.Authorities are looking for 44-year-old Germon D. Stevens.Police said the Jackson County Prosecutor's Office has issued warrants for Stevens for first-degree murder, two counts of armed criminal action and two counts of felony domestic assault in connection with a June incident.

KANSAS CITY, Mo. - The owner of the Kansas City T-Bones baseball team said Tuesday that the family plans to try to sell the team to cover its mounting debts. Adam Ehlert, president of the T-Bones, told 41 Action News that the team would stay in Kansas City, Kansas, but be run under new ownership.

President Donald Trump has granted Missouri a second federal disaster declaration in response to damage from tornadoes and flooding throughout the state.Trump on Tuesday approved federal assistance for 20 Missouri counties hit by severe weather since April 29. Missouri had asked for help in 41 counties.Available aid includes housing for displaced residents, low-interest loans and crisis counseling.Gov.

KANSAS CITY, Mo. - Two Kansas City, Kansas, men were found guilty of various charges related to a meth lab fire in 2017, according to U.S. Attorney Stephen McAllister. On Dec. 1, 2017, firefighters responded to a house fire in the 2700 block of Cleveland Avenue near Klamm Park in KCK.

OVERLAND PARK, KS (AP) -- Johnson County Community College's president has announced plans to retire just months after controversy erupted over statements he purportedly made about the affluence of its students. The college said Tuesday that Joe Sopcich plans to step down July 1, 2020. The board renewed his contract last month.

There is a 20 percent chance for rain Wednesday. Our weather is trending hot and dry for the next few days.

When Kelly wears her Wonder Woman bracelets, I'm fit to be tied!!!