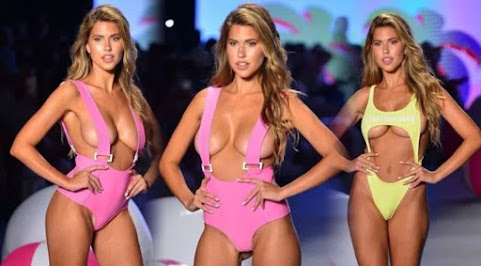 We start with pop culture hotness . . .

Mediaite: The Internet is Now Debating Whether Air Conditioning is Sexist Because Seriously What’s Wrong With You People

Closer to home, let's try these news links out for starters:


A dry July, but August could start wet

If it seems like we've had a dry July, you're thinking is spot on. We will likely finish this month with below average rainfall. So far, fewer than two and half inches of rain have fallen at Kansas City International. That's almost two inches below what we typically experience in July.

KANSAS CITY, Kan. - Chis Clemmons is a science teacher at Rosedale Middle School in Kansas City, Kansas, who wants to give his students a green thumb. "It's really hard to get kids excited about going out in nature when there is not a lot of nature to see," Clemmons said.

PARKVILLE, MO (KCTV) -- Two Park University students and a professor are taking on a mission to right the wrongs of the past. They want to make sure African American soldiers from the Great War get the honor they deserve. More than 375,000 African Americans put on a uniform and went to fight during the first World War.


Why NFL analysts predict Chargers over Chiefs every offseason

It's easy to wring our hands in Kansas City these days over the perceived lack of respect for the Chiefs in the media each offseason. Trust me. It has nothing to do with respect. Before Andy Reid arrived, the Chiefs weren't just a bad team; they actually ranked as the worst franchise in the league.


Blue Jays use the long ball to beat the Royals, 7-3

During the All-Star break, the Royals posted the 2nd worst record in all of baseball. Behind only the Baltimore Orioles, Kansas City looked positioned to hold the second overall pick for next years' 2020 MLB draft. But showcasing a 10-6 record since the break and the Royals have found themselves teetering between the third and fourth overall selection.


A farmer's market at Howard's Cafe, baby pools at Dodson's, and more KC food and drink events for July 28-August 4

Courtesy the Savoy at 21c Tuesday, July 30 Chef Joe West of the Savoy at 21c (219 West 9th Street) is hosting chef Ryan Williams of Rye Leawood for a five-course collaboration dinner, part of a series the Savoy is calling "The New Midwest."

One hundred years ago, America had an incompetent self-absorbed racist in the White House and had just fought in a "War To End All Wars".

Fast-forward to today and...

^^ Are we in a world war? Get another talking point snowflake.

^^we certainly are in two wars, with our eyes on a third, so yea, we are. currently shitbird. Get a clue shitflake!

No, @7:48, just another undeclared War with the entire Middle East that the GOP started in 1991 (28 years ago), in order to "boost the Economy" that their repeated tax cuts for the wealthy devastated.

As an aside, American participation in BOTH the World Wars totaled seven years, ONE FOURTH the time already spent in the GOP's "Forever War"! At least we entered the two World Wars Constitutionally!

No more than The Zoot Suit War, time travel to present...