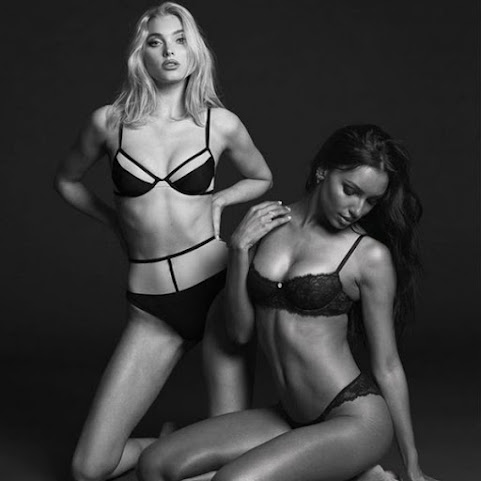 A quick peek at Victoria's Secret entangled in a criminal and political drama that may impact its finances and pop culture influence. Checkit:

The Cut: I Think About This a Lot: The Time Bob Dylan Starred in a Victoria’s Secret Ad

CNN: Time may be running out for Victoria's Secret

Closer to home, here are the news links we're watching this morning . . .


KC's 3rd District will have bigger voice at City Hall

"Now the mayor-elect becomes the first person from the 3rd District to ever serve as the mayor of this city," City Councilman Jermaine Reed said.

KANSAS CITY, MO (KCTV) - One of the thrills of sitting in the front row is catching a foul ball, but if you're not ready for a hard hit, it's a hazard. Fans at Kauffman have adapted to the nets the team put up three years ago.

Jackson County announced Monday that it has awarded a contract to a company for repurposing and selling the old seats from Arrowhead Stadium.Schneider Industries, in partnership with S&S Seating, Inc., or the SI Team, will handle the sale.Under the proposed agreement, Schneider Industries will provide the county with an upfront payment of $75,000, which will cover the county's costs for the storage and moving of seats.

KANSAS CITY, Mo. -- They were family pets and once race-worthy thoroughbreds and work horses. But now the horses are being sold at auction, and their future is anything but bright, equine advocate Shelly Dunn told FOX4. Most horses that end up at auction are being bought by what is known in the industry as "kill buyers," according to Dunn.

GLADSTONE, MO (KCTV) -- A 94-year-old Gladstone veteran is battling major injuries in the hospital after police said he was assaulted over the weekend. The folks around town know him as Charlie, and at 94 years old, they say that age is just a number.

As part of NFL100, the Kansas City Chiefs are giving fans the opportunity to win season tickets for 2019 by participating in the Greatest Moment Sweepstakes.Chiefs fans are encouraged to visit www.chiefs.com/greatestmoments/ to vote on one of four videos as the greatest moment in franchise history.

Winning At The Empty K


Junis strikes out ten White Sox, leading the Royals to a 5-2 win.

On the heels of their first series win of the second half, the Royals welcomed another divisional rival in the Chicago White Sox. Fueled by a strong outing from Jakob Junis, Kansas City dodged a late rally and came out victorious, 5-2.

I love the women of Victoria’s Secret, they need more perfect women like those hotties, everybody is sick and tired of fat killa shitty women especially the fat lazy ones that are too effing lazy to lose weight and dress like normal women and not like fat disgusting dykes, wait, what? That’s all killa shitty has is fat disgusting dykes? Well, that explains everything.

And, 5:48, take a look again. So, what you thought were Killa Shitty's fat disgusting dykes, were this cowtown's BUBBLE-BUTT/BEER-GUT/UNGROOMED guys!!!


THE PERFECT AND HANDSOME HETEROS ARE SO FEW AROUND HERE, that women are often heard saying: "Please, tell me you're not a Killa Shitty Brokeback cowpoke!!!"

!6,000 is not empty. For a nearly last place team on a Monday night playing another crappy team, it's actually a decent crowd. Troll better Tony.

Who the hell would pay up to 80 bucks for a old Arrowhead seat that people have farted in, threw up in, spilled shit in??? If The Cheifs had won a superbowl while those seats had been in place mabey they could get 10 bucks a seat, but Jackson Co, thinking morons will spend that kind of money on used plastic seat, is just rediculious, just as rediculious as their tax assessments this year. Jackson County and KCMO is the biggest joke Missouri has to offer!!!