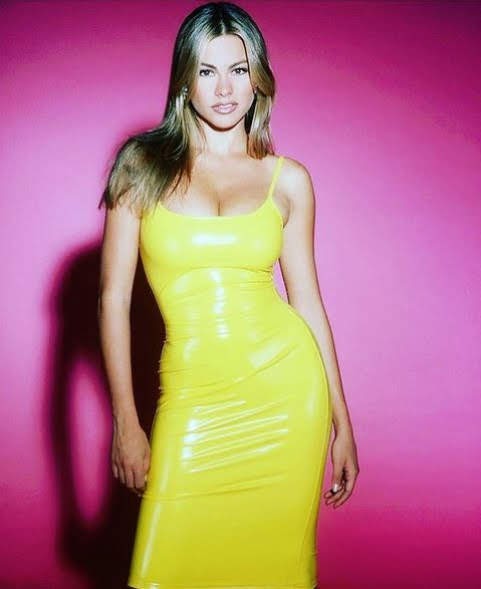 A quick peek at enduring Latina hotness to inspire the start of today wherein temperatures might start to rise a bit . . .

MedNews: Why do women have less sex as they age?

Chicago Tribune: Having a paying job may help fend off Alzheimer’s disease in women

Closer to home, here are some of the nicer news links we're checking to start the morning . . .


KCMO turns to entrepreneurs for new ideas on budget support; Advocates to rally at work sessions

Raised voices and a commitment to civic engagement earned entrepreneurs an additional $350,000 in city support for the 2019 budget year and a second attempt is about to begin, explained Rick Usher. "It really goes back to when the resident work sessions started in 2018," Usher, KCMO assistant city manager for entrepreneurship and small business, said in anticipation of three resident work sessions set to return Aug.

Eating Dixon's chili sometimes as a kid gave him his power as a baseball player, former major leaguer Bob Dernier jokingly says.One could note that Dernier, a Raytown South High School alum who lives in Kansas City, thrived more as a player being fleet afoot and hit just 23 home runs in his 10-year career in the 1980s with the Philadelphia Phillies and Chicago Cubs.But at 62 he still enjoys eating at a childhood favorite diner, still appearing to maintain his playing-days weight of about 160


St. Joseph getting ready for rush of Chiefs fans

ST. JOSEPH, MO (KCTV) -- Downtown St. Joseph is rolling out the red carpet for the Chiefs and their fans this weekend. People have been working all day to make sure everything is ready for the start of a championship season. One by one, the lights in St.

INDEPENDENCE, Mo. - Inside a quiet meeting room at the Truman Memorial Building on Wednesday, there were more empty seats than people at a table set for a dozen. Most of the event brochures and group information packets sat untouched as staff from the front desk at the building occasionally walked past the room.


Arrowheadlines: 'Defensive overhaul' is THE story of Chiefs training camp

Salvador Perez is a future Royals Hall of Famer, without a doubt. Hell, maybe he has a chance to make the MLB Hall of Fame, as far fetched as that sounds. While character and loyalty aren't tributes that snag you a ticket into Cooperstown, Salvy's stats might one day get the job done.

$350,000 (taxpayer cash) handed over to idiots who's specialty is creating money losing ventures.

There's hope, newspaper fans - maybe the Columbia Tribune will open a store-front branch in KCMO when the Star goes away!

There won't be much news to report in KC, just th latest East Side murder score and the latest wat City Hall found to hand tax money to Developers without voter approval, but it wouldn't be worth their time to run any sort of crappy "editorial" opinion content.

Since the Trib beat the Star on coverage of Dixon's Centennial, this can probably be taken as a sign that they see how easy it is to step into the KC market with coverage of things that really matter to the people of the KC area.

We all live in a yellow Sofia-machine!!!

@8:48AM-get a clue geezer, NO ONE READS NEWSPAPERS ANYMORE! Only geezers who check the obits for their friends who they are estranged from anyway! Literally nobody cares or reads them anymore!

No so - thousands of Kansas Citians check the Star each day, hoping to find YOUR OBITUARY!

Just look around the Library there, the paper is in huge demand.

Makes me want to head up to Dixon's again. Back in the Raytown days, we'd head up every Sunday afternoon, except during home games.