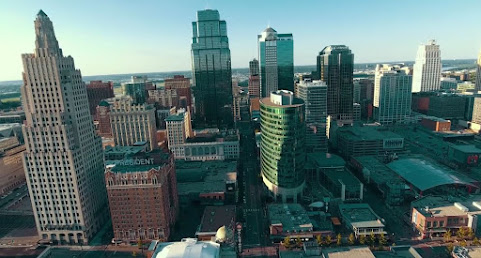 Quick look at the local news scene from around the metro. Here's a roundup of shootings, other nice news and all manner of headlines:

KANSAS CITY, Mo. - Friends came together on Sunday to remember the life of the owner of a local gay bar. Melvin "Lee" Mecker was killed in April when his house exploded. Authorities were not able to determine the cause of that explosion and have not formally identified Mecker's body, however his friends confirm it was him.

White Dodge Journey or Caliber The Independence Police Department is investigating a double shooting at U.S. 40 Highway and Blue Ridge Boulevard.First responders received the call at 12:30 p.m. Sunday. Two injured parties have been taken to area hospitals for treatment. Police say there are no fatalities at this time.

Patrick Mahomes recently made a ridiculous throw this week where the ball almost completely left Arrowhead Stadium. It didn't take long for Colin Cowherd to ruin the moment though for the Kansas City Chiefs quarterback.

Cole County Circuit Court Judge Dan Green used a baseball metaphor to put the state's Sunshine Law in perspective. Green was issuing a ruling last month on a lawsuit brought by the Post-Dispatch over the state of Missouri's refusal to release applications of companies and individuals who were seeking to grow or sell medical marijuana.

OLATHE, Kan. -- One person has been taken into custody following a stabbing early Sunday morning. Olathe police said they were contacted by the KCK Police Department around 3:30 a.m. about a reported stabbing in the 10500 block of K-7 Highway.

Vegetarians have their reasons for not eating meat. But "I am an optimist" doesn't have a regular spot on lists more typically focused on health and environmental benefits. Optimism was, however, the Englishman Henry Clubb's rationale more than 100 years ago, when he enticed dozens of people to move to the radical territory of Kansas to start a vegetarian settlement in what is now Allen County.

In one of the highest scoring games of the season, the Royals' bid for a sweep came up short, as they lost to the Detroit Tigers, 12-8, on Sunday afternoon. Things started weird when Homer Bailey, the projected starter, was scratched at the last minute for an undisclosed reason.


Remnants of Barry bring some clouds to Kansas City

Hide Transcript Show Transcript IT WILL BE A HOT ONE OUT THERE. KATIE: IF YOU ARE HEADING OUT TO THE ROYALS GAME TODAY BETWEEN 1:00 AND 4:00, WE WILL BE GOING FROM THE LOW 90'S TO THE MID-90'S AT THAT TIME WITH THE HEAT INDEX. THIS MORNING, BEAUTIFUL TO BE OUTSIDE.