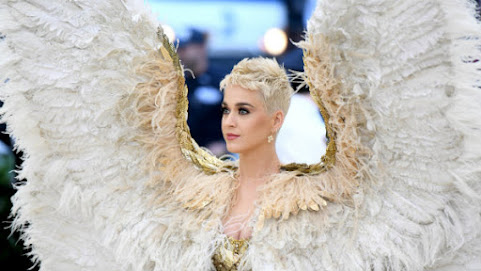 Hottie Katy offers just a but of Sunday inspiration . . .

Papermag: This Is Katy Perry's Favorite Outfit of All Time

NYT: Why Are Movies So Obsessed With Pop Stars???

Closer to home, these are the news links that inspire our early morning . . .

KANSAS CITY, Mo. -- With school out for the summer, some families worry about where they will get their next meal. The team at St. Luke Memorial Church of God in Christ said this is one of their busiest time of year, feeding thousands of children during the summer months.


Should duck boats return to Branson? A year after 17 died, a divided community grieves

Opinions vary when it comes to whether the duck boats should return to Table Rock Lake. Just a year ago, 17 people perished when a sudden storm overwhelmed and sank one of the craft struggling to make it back to shore. The former mayor of Branson feels absolute about "the ducks" to a degree others do not.

KANSAS CITY, Mo. - A Greenwood, Missouri, woman was crowned Ms. Wheelchair America 2020, marking the first time a woman from Missouri has won the title. Hilary Muehlberger represented the state alongside 22 other state titleholders. The week-long competition was not about looks, but rather changing lives in the disability community.

MANHATTAN - The official title was "Celebrating Snyder," and it certainly lived up to its name.The several hundred Kansas State football fans, former players, coaches and invited guests who gathered Saturday night at Bramlage Coliseum to honor Bill Snyder's 27-year coaching career at the university got a celebration and then some.It was part tribute and part pep rally, with even a few biblical references thrown in.

Still, the games need to be played, and no matter how good Patrick Mahomes and the Kansas City Chiefs are on paper, they have to face a tough schedule with many playoff caliber teams ready to take a shot at them.

Carlos Santana was in a celebratory mood Thursday night, for a few reasons. His Supernatural Tour commemorates the 20th anniversary of his most commercially successful album. Concurrently, next month will be the 50th anniversary of Woodstock, the three-day mud-bathed peace fest that introduced to the music world Santana, the musician and the band, and their inimitable and...

KANSAS CITY, Mo. - Bubba Starling 's first career hit was admittedly a little imperfect. Then again, so was his route to the majors. The hometown boy from nearby Gardner, Kansas, toiled away for more than seven years in the minors, more than once thinking about giving up the game.

Wow. It's like we never left the previous century.

^^^^ Lulz. Take your pill and just breathe. It may not get better but you might think of something more interesting to write.


Katy Perry is anything but a hottie. She looks like an old housewife who dipped her head in Clorox. I don't know why she's not dressed like Satan that's who she said she worships now.

TOP PHOTO -- WHY DID THE FOWL CROSSROADS?