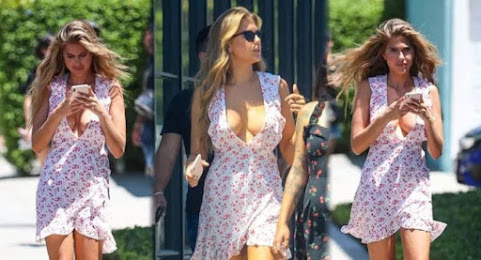 Hottie Kara is one of our new faves and right now she inspires this peek at pop culture news:

Daily Beast: Why White Working-Class Women Are Starting to Turn on Trump

Closer to home, here are the news links we're checking for tonight . . .

If It's Not Baroque, Don't Fix This Great Local Exhibit

Kansas City Baroque Consortium's summer concert series, now in its third year, is elegant and intimate, and growing into a must-attend event. These concerts are more than just satisfying collages of Baroque era music, though the players strive for authentic-as-possible performances on period instruments. They also set the music in historical context, bringing to light ...


Greatest basketball player from Kansas City also might have been most accomplished, Warren Jabali

He grew up in Kansas City as Warren Armstrong and is probably the greatest basketball player produced by the city. He changed his last name to Jabali and was a star in the ABA. Jabali is the subject of a new book by David Thomas.

The seventh class of KCBJ's NextGen Leaders program gathered for lunch at the Crossroads Hotel to introduce themselves and share stories of less-than-lofty early jobs. Here's a look inside the private luncheon with some of the area's rising business people.

KANSAS CITY, Kan. - Lakeside Speedway has had a rough go around. The track looked like a lake after it flooded three different times this year. "It's been frustrating with flood number one in March, flood number two in May, flood number three in early June. You go forward you go backwards.


Hok Talk - How the Royals almost competed in 2019

If you've been on Royals Review for a while you may remember a time when I wrote stuff here that had titles that didn't start with "Hok Talk". Back in those balmy days "an old college buddy of mine" with a "dimensional portal" helped me figure out whether the Royals should re-sign Eric Hosmer.

French Market in Prairie Village, Kansas, has been a destination for crêpes, sandwiches and other French-style fare since 2013. The small store offers a selection of food-and-drink products and kitchen items carefully curated by Noah Quillec, whose brother, Philip, serves as the executive chef.

Hide Transcript Show Transcript NON-SEASON TICKET HOLDERS. PLAYERS WILL SIGN AUTOGRAPHS BOTH DAYS. KATIE: IT WILL BE HOT IN ST. JOE TODAY. I WILL START WITH OUR FORECAST, BECAUSE SO MANY PEOPLE LOVE TO GO UP THERE. IF YOU ARE STARTING YOUR DAY THERE, 76 DEGREES.

A lot of people have ridden that wide ass.

Can I ride that ass. Nice titles to.