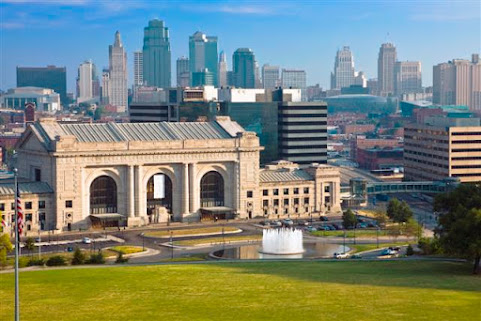 Quick share of some of our favorite stories from the Saturday news cycle that aren't just car crashes and foodie promo . . .

Less than a year after Missouri voters overwhelmingly approved legalizing medical marijuana, state and local officials are in the process of establishing the rules.

Police in Grandview are investigating a shooting Friday evening near Third Street and Blue Ridge Boulevard.Police said officers were called at 5:53 p.m. to the area on a reported shooting.When officers arrived, they found a man suffering from a gunshot wound.

KANSAS CITY, Mo. - Penalties will soon be increasing in Missouri for those who hit crews in work zones. Earlier this week, Gov. Mike Parson signed a bill that will go into effect on Aug. 28.


Residents have concerns over what is left at crime scenes

KANSAS CITY, MO (KCTV) - A semi carrying produce overturned on the north side of the downtown loop. Right before 6 a.m., police were called to I-70 EB, west of the Broadway Bridge on the overturned semi. The semi driver has minor injuries, according to police. KCTV5.com is now with you on the go!


North KC woman hunts down thief who stole her car, steals it back

KANSAS CITY, MO (KCTV) -- Danielle Reno isn't an investigator, she doesn't work for the police department, but she used her best sleuthing skills to bring her car back home. "Did I park somewhere else? No. I know I parked here. Somebody stole my car!


It's going to feel like typical July in KC Saturday

It's going to be a hot one today. Temperatures will climb into the low 90s. The humidity will make it feel even hotter.

Only a nog would steal a car, steal a debit card and go to applebees like its hunkey dorey. Commit felonies to do basic bitch shit.

traffic lanes hereby no longer exist, you can not see them anyways!
Enjoy your airport or your property taxes.

The thief is a wigger HOG. The fb vid shows how tore up nasty this tweaker is. The other couple of petri dishes of diseases that the grand theft auto witch was riding with, were an sickening sight, too.

^^Everyone can see how nasty you are.

Nice that downtown has fruit to go along with the hog guts on the highways.

As a rider, I have had occasion to be glad I had a helmet on. I distinctly recall lmy head bouncing on the pavement. No head injury, but some other parts required repair.

There's a saying that "if you ride, you will (at some point) go down".

I fear ditching the helmet requirement would result in some serious injuries helmets would have prevented. I still love to ride, but there is no getting around the Fact it is an inherently risky activity.