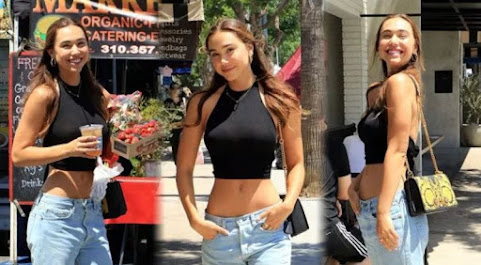 Saw1st: Alexis Ren with Flowers, Out in Studio City

Closer to home, here are some of the nicer news links we're watching today . . .

LENEXA, Kan. - From a barricade to a hostage situation, and from escorting a dignitary to making a high-risk arrest, the SWAT team responds to it all. And in Johnson County, when one of the six SWAT teams serving the county responds, a paramedic is on board.

KANSAS CITY, MO (KCTV) -- If ever there was a true sign of love, this would have to be it. A Kansas City woman is hoping a billboard and others like it will not only change a life but possibly save one, too. Nicole Leth wants you to know you are enough.


Join Us For Dream Factory's 'Boulevard of Dreams'

The Dream Factory Gala and Boulevard of Dreams is joining forces to celebrate 10 years of granting dreams for local children battling both critical and chronic illnesses.On Friday, August 16th, Len Jennings will emcee the event being held at The Midland Theatre from 6 PM - 10 PM.To purchase your tickets to the event, click here!Boulevard of Dreams is the biggest fundraiser held annually to benefit The Dream Factory of Greater KC.

KANSAS CITY, Mo. -- One Kansas City neighborhood is saying six to nine months is enough time to wait to get their potholes filled. However, they aren't the only neighborhood in the city feeling this way and are hoping their incoming mayor will be able to get the job done.

Show-Me Help On The Way

JEFFFERSON CITY, Mo. (AP) - More than half of Missouri's counties have been approved for federal aid to fix public infrastructure and remove debris following the most recent round of flooding and tornadoes. Gov. Mike Parson announced Monday that the Federal Emergency Management Agency has approved public assistance for governments and nonprofits in 68 counties affected by flooding and storms between April 29 and July 5.

LAWRENCE - Before starting his CBD company, Chris Brunin researched the competition, the labs they used, the products they sold. He checked out ingredient suppliers and organic hemp farmers. He took everyone's pitches with a heapful of salt. "The hemp industry is like the Wild West and Wall Street had a baby," said Brunin.


Cooler than normal temps ahead for rest of work week

Hide Transcript Show Transcript THAT IS COMMITMENT. BRYAN: WE HAVE UNSETTLED WEATHER TO DEAL WITH. NOTHING TOO SEVERE BUT NOT QUITE TYPICAL. COOLER THAN AVERAGE FOR KANSAS CITY. THUNDERSTORMS ROLLED THROUGH LAST NIGHT AND RIGHT NOW WE HAVE TOTALLY CLEAR SKIES. NO CLOUDS AT ALL. MOSTLY CLEAR CONDITIONS, TEMPERATURES A LITTLE BELOW AVERAGE.