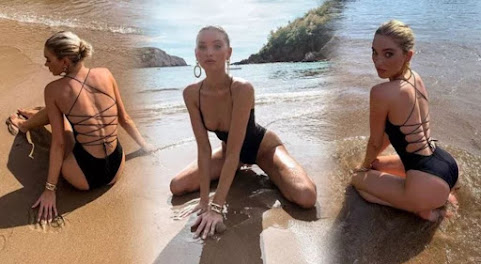 Fr24: For Cubans, a day at the beach is no easy task

Smithsonian: The Most Irish Town in America Was Built on Seaweed

Meanwhile, we won't let these somewhat nicer local links go to waste as they wash up on our desk tonight . . .

In the latest Sprint T-Mobile merger news, the proposed $26 billion merger deal is closer to the green light by the Department of Justice (DOJ) as merging companies have reportedly made ready the asset divestiture plan to create a fourth wireless player.

Google has not finalized plans to build the center in Kansas City, but a vote by Port KC is doing its part to help lure the tech behemoth.

SHAWNEE, KS (KCTV) -- For the first time, a town municipal court in Kansas is trying to collect their legal fees, through school supplies. Melissa Civil has been working as a teacher for one year at Longfellow Elementary School.

Zach Bauman It's a great relief to eat a simple, well-prepared meal that isn't trying to impress the neighbors. I've grown tired of restaurants "elevating" classic dishes, an inane descriptor that seems to be industry shorthand for "putting a short rib on it." I'm ready to bring them back down to earth.

Kansas City Chiefs fans rejoice! Training camp kicks off this week and the long NFL dead zone from the NFL draft until training camp is finally coming to an end. No longer do we have to fill our free time speculating how things will play out or dealing with offseason drama around a certain wide receiver and how the media is covering it.

Thanks, PortKC, thanks Jon Stephens - maybe Mike Shanin will let you explain how great this deal is on the next Ruckus broadcast.

Oh, and when the hell are we going to get a Port?

Google has $170 Billion in assets. $135 Billion in yearly revenue. They need public assistance to build the place.

"Port KC" is just another make-believe public agency that was created to help the KCMO electeds give away the taxpayers' money.
It's funded by casino revenue and has provided nice obscure cushy jobs for insiders for decades.
Of course, the money could much better be used if it were a part of the city's general fund, at least if the KCMO general fund had anything at all to do with funding basic services, which unfortunately it does not.
This will be another huge subsidy for an incredibly wealthy out-of-town corporation which will jerk around the locals until it is no longer profitable to do so, and then bail.
Move along.
Nothing much different to see here.
It never changes.

Didn't realize Mahomes is left handed. He really is talented.