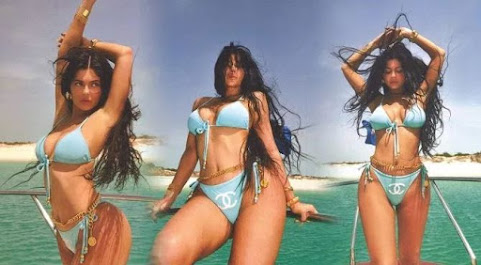 Reader suggested hotness and a glimpse at two sides of the pop culture life . . .

Closer to home, we share some of these top local news stories right now . . .


Today is deadline to submit feedback to FDA about CBD

KANSAS CITY, Mo. - The way you buy oils, lotions and food infused with CBD could change. The United State Food and Drug Administration is collecting feedback on how to regulate the industry. Tuesday, July 16 is the last day to submit a comment online.

As the new owners of City Center Square have started work on the redevelopment of the 30-story downtown tower into Lightwell, they're positioning the project to attract tech businesses in Kansas City.

Hide Transcript Show Transcript ENROLLED IN SCHOOL. KMBC 9'S MATT EVANS IS LIVE AT HARTMAN ELEMENTARY THIS MORNING WITH HOW THE KANSAS CITY PUBLIC SCHOOL DISTRICT IS TRYING TO HELP.


More than a makeover: Wesley Hamilton confronts his past on 'Queer Eye'

Wesley Hamilton's clear vision for his potential impact took away the nerves while in front of cameras for Netflix's "Queer Eye," he said. "Me being able to get on a show with that type of exposure and spread my message to those within my community and outside of it...


Dangerous heat ahead this week

An excessive heat warning has been issued for the Kansas City from 1 p.m. Wednesday through Saturday evening.