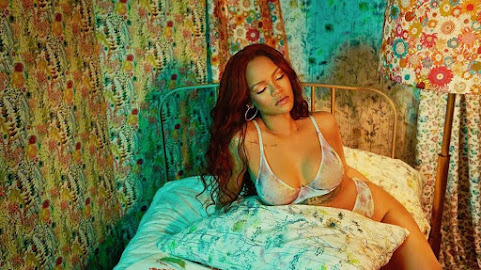 Grio: Model who worked with Rihanna under fire for posting transphobic comments and lying about being transgender

Newsweek: Rihanna and Spotify Are Teasing New Music, According to Excited Fans

Closer to home, here are the news links worth checking right now . . .

KANSAS CITY (KCTV) - A 10-year-old took her mother's car to get McDonald's on Wednesday morning, which resulted in a wreck. According to Kansas City police, the mother was sleeping when the girl decided to take her mother's Chevy Tahoe to McDonald's.

Twitter @Chiefs SOURCE: Twitter @Chiefs It's the cereal all of Chiefs Kingdom has been waiting to snap up.Patrick Mahomes' cereal, "Mahomes Magic Crunch," goes on sale Thursday at HyVee, according to the agent for the Chiefs quarterback.Leigh Steinberg tweeted that the cereal is lower in sugar.Earlier this year, HyVee announced a three-year endorsement deal with the Chiefs quarterback that includes television commercials, appearances and exclusive product launches.

Saint Luke's College of Health Sciences will become part of Rockhurst University in 2020 and will move onto the university's Kansas City campus in 2022.

Within days of securing funding from the Ewing Marion Kauffman Foundation's Inclusion Open, Determination Incorporated is expanding its team, the nonprofit announced Wednesday. "We are so thankful to the Kauffman Foundation and excited to announce that Leslie Walton, an experienced entrepreneurial ecosystem builder in KC, is joining the team in support of our mission," Johnny Waller, Jr., co-founder, said of the growth of the success-after-prison organization.


Sly James' chief of staff one of few women in government

The MLB trade deadline has come and gone, and unlike in past seasons, there will be no Major League trades after today. Ian Kennedy was one of a number of Royals rumored to have some interest leading up to today's deadline, but ultimately Kennedy will remain in Royal blue through the rest of this season.


Blog: We are just getting started with the rain

FAIRWAY, KS (KCTV) -- It rained and thundered earlier on Wednesday but really when it comes to rain, we are just getting started. Over the next three days there is a chance, if the weather pattern remains locked in place, that Kansas City and surrounding areas could pick up as much as six inches of rain.

Bitch Better Have My Money!!!