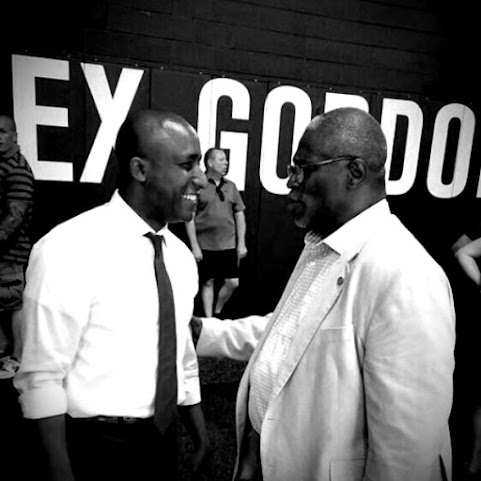 MSM works diligently to keep Kansas City stupid with a litany of high praise for a politico who finished his term defeated by voters from his own community, doubted by the same corporate funded most of his agenda and abandoned by so many consultants and supporters he kept on the payroll.

Kansas City Mayor Sly James doesn't officially hand over the keys to his office until the end of July, but that didn't stop him from enjoying a victory lap of sorts Sunday afternoon. Speaking at an event dubbed "Sly's Farewell Cookout," the outgoing mayor told supporters that Kansas City "used to be the city that always wanted to be like Denver or St.

Kansas Citians lined up to take a picture with Mayor Sly James at his final community event. Many shook his hand and thanked him for his work. Sly's Farewell Cookout took the place of his annual Rock the Block event which typically took place in August as students prepared to return to school.

KANSAS CITY, Mo. - After eight years in office, Kansas City, Missouri, Mayor Sly James will soon bid adieu to City Hall. Sly's Farewell Cookout filled the indoor field at the KC Urban Youth Academy on Sunday. The complex is one of the major projects completed during his time on the 29th floor.

Amid rising taxes, another homicide spike and a dearth of leadership in an otherwise divisive political climate. Our community of skeptics are even more critical of voter claims that they WON'T GET FOOLED AGAIN by a charismatic leader with urban core roots and credibility among both the city's elite and social justice advocates.

Hey now, a new set of lawyers in charge is hope for change that you an believe!

Don't be a hater. The fact that Quinton Lucas is quieter and 100lbs lighter should be enough for some kind of hopefulness.

Do yourself a favor and always have low expectations from elected officials.

I wish I lived in KC so I could help out.

God Bless The Who!

Uh, sure Funky, sure. It's just that you're what KC could do better to have a whole lot less of....The blind leading he blind!!!

^^^ West Virgina is in raytown? Doubtful.

of course, SLY had to throw a taxpayer funded party for himself!!

1:38, Raytown has far too many minorities for him. The city in WV where he lives has one of the highest proportion of European American residents in the USA.

What about my question of the naked pix of your sister hanging in Mayor Mark’s office back in the day?

As part of KC's Restorative Justice program, the offender and victim meet to settle their differences!!!

I wish Byron would move back here I'd see he was served a huge surprise. But he isn't going to do so he's too chicken shit to be to close to us.

^^I wish you had something better to do than talk about others on a blog all day. You seem really pathetic and lonely.

Well KC sure is happy your lazy welfare abusing ass moved to goat fuck, WV! How about you fuck the rest of the way off and stop gaying up this blog?

TOP PHOTO
"Same song,
second verse,
could be better,
but it's worse
Bunny Rabbits have no tails..."