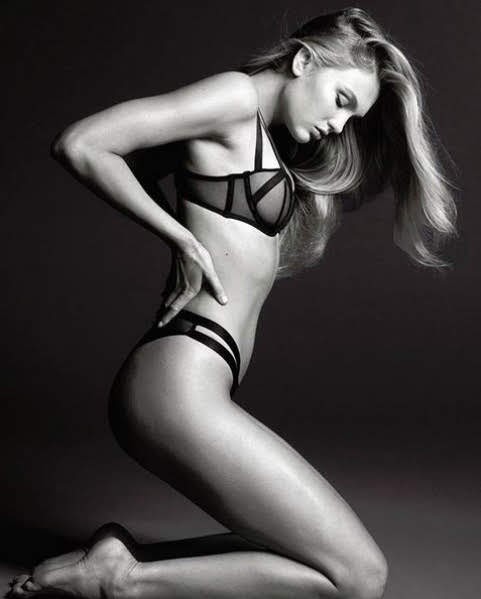 Sadly, even hottie Romee can't distract us from the fact that the news around our favorite lingerie hotties is kinda dark . . .

Daily Beast: ‘His Weapons Were His Hands’: California Model Says Epstein Posed as Victoria’s Secret Scout to Grope Her

Close to home, here are just a few of the news links we're watching this morning . . .

The Kansas City Public School District is launching a new fleet of propane-fueled school buses for the 2019-2020 school year.

Immigrant Song In The Dotte

KANSAS CITY, Kan. - Saying the Oath of Allegiance, with your right hand up, while surrounded by family and then hearing "congratulations," is the moment many who navigate the U.S. immigration system dream of. Raul Villegas was one of 360 people who took the oath to become a citizen of the United States on Wednesday at a ceremony in Lawrence, Kansas.

"Nobody can be uncheered with a balloon." So said "Winnie the Pooh" and thanks to Molly Balloons, Kansas City is experiencing the truth of that observation. The multi-talented balloon artist, formerly known as Molly Munyan, has long been making people smile - working kid and adult parties, fashioning wild headgear and objects, and decorating events.

The Royals continued their trend of strong starting pitching, getting five solid innings out of Mike Montgomery. They also got eight strong innings out of their bullpen in a game that lasted nearly five hours, but the offense wasn't able to finish the job in a 5-4 loss Thursday night.

Hide Transcript Show Transcript UNIFIED FRONT TO BECOME MORE EFFICIENT ON THE PLANET. A CLEAR SKY RIGHT NOW, 64. WE HAVE THE FALL FEELING IN THE AIR. YOU MAY NOTICE A CHANGE TOWARD SUMMER-LIKE CONDITIONS AS HUMIDITY INCREASES. INCREASES IN CLOUDS. THERE ARE CHANGES NEED TO BE AWARE OF.

Diesel to propane is a losing proposition:
One in a best case scenario, one engine built for diesel, one custom built for solely LP, the propane contains ~20% less energy per unit than diesel.

It also is contained in a pressurized state. All those dipshits wrecking into buses? Now kids will be sitting on little bombs needing only a small leak and source of ignition. Diesel, while it will burn, does not explode.

Propane engines, while burning much cleaner, require much higher levels of quality maintenance that comes with higher compression, and injection pressures. Whens the last time you saw a well-maintained bus? Longer oil intervals and associated costs are pretty minimal overall.

The LP price quoted in the article is the "right now" market price, coming out of a mild winter, in the heat of summer. These prices can triple under massively varying demand/supply conditions which happens seasonally. You can only contract one year in advance.

Bottom line: they will pay more now and over time to pat themselves on the back for being "woke".

^^^my apologies, I was looking up on two different tables. Propane has only 65% of BTUs as a gallon of diesel.