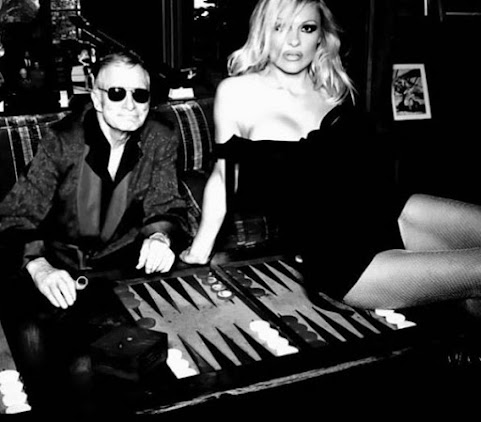 Keeping up with old school hottie Pam who still manages to influence the pop culture via her foundation and tumultuous love life . . .

Sun UK: BOUNCING BACK Pamela Anderson is happier than ever and has lost 10lbs after splitting from ‘toxic’ footballer fiancé Adil Rami

Raise Vegan:Pamela Anderson Urges SeaWorld to Spare Orca From the Bane of Enclosure

Closer to home, here are the news links we're checking . . .

The dangerous heat will continue for a few more days. We'll see a slight break coming in on Sunday. Temperatures will be in the upper 80s for next week.

Jason Anderson will be the new midday host at Sports Radio 810 WHB, 41 Action News has learned. Anderson, a Lee's Summit native, comes to 810 from ESPN 680 WHBE in Louisville, where he serves as program director for ESPN Louisville.

INDEPENDENCE, MO (KCTV) -- Telesforo Machado-Morales has won the first $2 million top prize on a Missouri Lottery "100X The Cash" scratchers ticket. Machado-Morales purchased the winning ticket at Discount Smokes and Liquor at 4019 Independence Ave. in Kansas City. He claimed his prize at the Lottery's office in Independence on July 9.

KANSAS CITY, Mo. - As temperatures rise amid the first heat wave of 2019, residents of a south Kansas City, Missouri, apartment complex continue to suffer without air-conditioned units. More residents at Ruskin Place Apartment contacted 41 Action News on Thursday, a day after we first reported on the issue .

A Kansas City-area trash company is changing its pickup times to keep workers safe in the extreme summer heat. Waste Management of Kansas, Inc. is warning customers of a time change because the metro faces temperatures in the upper 90s with potential triple digit heat indices.

SHAWNEE, Kan. - The Shawnee Mission School District is in a disagreement with its teachers union after five meetings and no compromise. With just three weeks to go until teachers report, the district is standing its ground against the teachers union over increased in pay.

We're less than a week away from rookies, Patrick Mahomes and the rest of the quarterbacks reporting for training camp. The long wait for football is coming to a close. This week, we did things a little bit differently on the AP Laboratory podcast.

Pam is a secret MAGA hero. She loves Assange. And we know how much the President loves wikileaks.

Pam actual reads and considers the issues as an adult. Instead of being knee jerk follower.

I bet that discount smoke store not only got 20 grand for selling the ticket but probably another 20 grand to transfer half the winnings via Western Union to south of the border.

The best feel-good times for KC's sports teams is one month before the season opens.