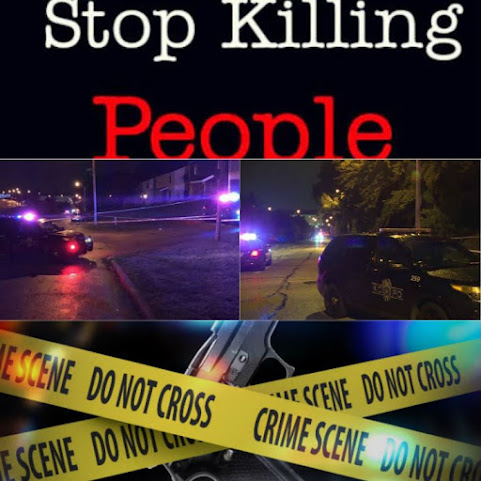 The quotient of local violence continues to escalate this Summer as community outreach can't seem to prevent the uptick in Kansas City murders.

"Officers responded to a shooting call about 9:30 p.m. There were several officers patrolling the area nearby and responded to the call. Police found two shooting victims.

"One victim was found in an alley behind several apartments and the other victim was located near the intersection. Officers rendered first-aid until paramedics arrived and declared the men dead . . ."

Compare the current carnage to only 68 murders last year for about a 18% murder spike right now in 2019.

KCTV5: 2 dead in shooting near 21st, Askew in Kansas City

Fox4: Police are on the scene of a deadly shooting

KSHB: Police have roped off several blocks and are searching the woods nearby with K9 units.

KMBC: Kansas City police are investigating a double shooting in the area of 21st Street and Askew Avenue.

Overall the weekend is peaceful. With the cooler weather, it could have been much worse.

Absolutely nothing to do with the weather. This KC problem is worse than the rest of the midwest because other cities of similar size are actually seeing their homicide rates decline.

The last mayor didn't do much about the problem. This week we swear in the new mayor. I hope he will accomplish more.

^^^^
Hope in one hand, do something else in the other, close your eyes, squeeze, and feel which one came true.

They only put the murders on the news. A person elaborated in the comment below.

"There was a shooting at the car wash near 39th and Southwest Trafficway on 7/28. Supposedly, a man got out of a car and started unloading on a car coming through the wash. A girl escaped the car while it was still in the wash and the driver, a man, ran away. Not sure about injuries or if the shooter was apprehended. This info came from a gentleman who works there. May have gotten some info wrong, but this is the gist of what I was told. And of course, the news is mute about this."

We need to catch up and beat Baltimore as the country's most vibrant city.

What’s the racist hate filled lying bastard bLIEron have to say? His kind are killing at record numbers, c’mon bLIEron, say some stupid worthless racist crap that makes everybody else responsible for making blackie murder.

Baltimore has 191 for the year. Our hood rats are weak compared to Baltimore.

Baltimore, another Democrat, 3rd world shit hole that gets by on taxes from whitey, led by a Black Mayor who couldn't hit his ass with both hands and who spends all his time worrying about bringing in illegals to replace the Rust Belt White Votes that Democrats lost, so he can stay in power.

The American suicide continues while the Lying Media pretends that "Diversity" is a strength.

Elijah Cummings has a 5 watt bulb between his ears for brains.

The outrageous disproportionate African American criminality on display for all but the willfully impercipient to see (READ BYRON), is the straight line reference from once great cities, into a dystopian, dysfunctional Democrat shit hole that your "Thought Leader" Commissars in the media don't want to talk about.

It was a slow week and weekend so they just wanted to start this week off with a bang.


Shouldn't the east side be about void of any people by now?

^^^ those people reproduce like rabbits, it’s how they make money, getting paid to produce future baby mommas and killers so.....

Many affordable empty homes are available on the east side.

Sly James. maybe KCMO should name the morgue after him...

Looks like the diaper squad is on the case!!! Surely you geezers can propose a solution and stop all these murders??? Oh you can't?? You mean you just come here to shit yourselves????

5:54, what do you want the new mayor to do that will reduce violent crime? Specifics please!

Younger and dumber squad with your worthless college degree. Time for you to leave for work waiting tables

^^^Have you had your diaper change yet...You reek. Remember pops, if you can't keep it clean...no tapioca for you!

^^Weak. Stop ripping off the geezer hater geezer. He's better at this than you!

Weak. Stop posting as someone else. ALL of us see through it.

I would love to see the city post a map where all of the killings in this town over the last decade have happened, The city should build a fence around those neighborhoods, kinda like the fence put around Westport on the weekends - so far its working in Westport, so why not in the hoodrat neighborhoods? If city leaders want the homicides to cease, build a fucking wall around the problem, know who comes in and who goes out, and when a murder happens the KILLER is inside, which will make it easier for the deplorable KCPD staff to actually do their fucking job!