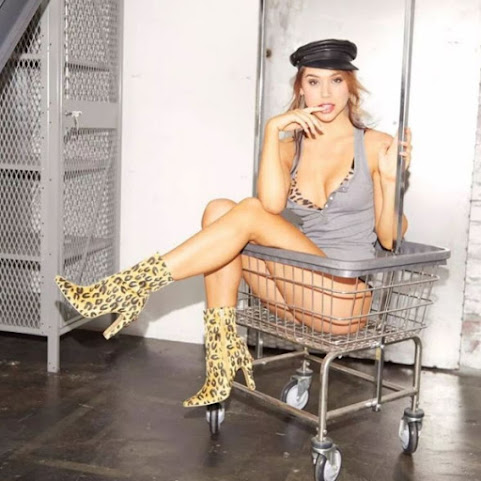 Hottie Lexi inspires this quick look at the cultural relevance of the garbage on your phone . . .

CNT: Are Instagram couple influencers all that they appear to be?

Closer to home, here are news links and lighter side reports that reach closer to home . . .


Everything you need to know for the Kansas City Air Show

KANSAS CITY, Mo. - The Blue Angels will headline this weekend's Kansas City Air Show at the Charles B. Wheeler Downtown Airport in Kansas City, Missouri. The U.S. Navy flight team is one of 18 performances scheduled for each day of the two-day event.


FOX4 gets an inside look at KCPD patrol on Independence Day

KANSAS CITY, Mo. -- While most enjoyed a holiday on Thursday, it was no day off for Kansas City police officers. Days like the Fourth of July heighten patrols. FOX 4's Sharifa Jackson tagged along with KCPD officers Austin Bax and Malcolm Whitelaw as they patrolled the streets.

After less than a year serving Frisbees and drinks along Kansas City's riverfront, Bar K Dog Bar has a treat for two other Midwest markets: plans to expand the premier pet experience space to St. Louis and Oklahoma City.

After a very weird weather day on the 4th... things are still sort of chaotic in the world of weather on the 5th, too. Storms are still percolating and while it won't be a total rainout today...more storms are possible...and we're to the point now that the storms could about happen at any time.