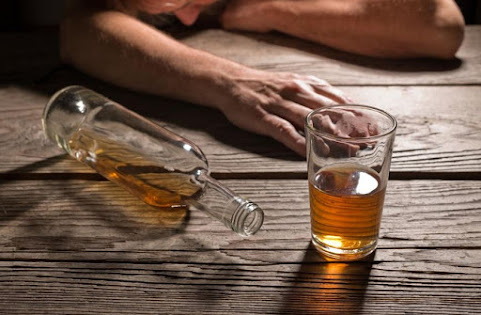 Rather than report on real life in Kansas City, more than a few "news" outlets are taking a great deal of time to offer hard liquor promotion.

Here's a real news perspective on the reality of rising alcohol abuse and "deaths of despair" among Americans:

SHAME ON KANSAS CITY MEDIA HACKS WHO SPENT THEIR AFTERNOON PROMOTING HARD LIQUOR TO THE PUBLIC WITHOUT ANY FACT CHECK ABOUT THE HORRIFIC CONSEQUENCES OF ALCOHOL!!!

A sampling of hype for edification and to boost TKC's keyword search traffic:

If You Don’t Swing By The New J. Rieger & Co. Distillery This Weekend, You’re Not Living Your Best Life

Now, our blog readership is comprised of adults . . . We don't condescend to our blog community who have the FREEDOM to put whatever they please into their mouths.

But there's simply no denying that "family friendly" and "professional" news outlets are dedicating a great deal of freebie promotion to this local whiskey joint and ignoring the ravages of alcoholism endured by their audience.

I'll drink to that!


the liberal MSM is a big part of the cultural, social and industry factors that foster alcoholic dependence in waay too many Americans.

This place is going to be awesome and can't wait to go when I get back in town. You guys sound like you're a lot of fun.

Alcohol destroys more lives than all other drugs combined.

If your drunk uncle says it's not an addiction, & it's not a drug. Tell him to prove it by stopping.


I'm not pickled but most people in the world are including Byron the American hating commie. Pickled pickled pickled drinking is for little babies who can't handle life and have no social skills unless they are pickled.

6:03 - My nephew's drunk uncle gets up and goes to work five days a week, sometimes six. How about your nephew's sober uncle?


"Living Your Best Life"... hanging out at dive bars..

That is some damn good whiskey. Problem is the price. Way to much.

Man, I get fired up for some Jim Beam!

Wait! What? Oh, you say those are frat-boy fish. So, they were just passed out.

It's not as bad as TKC wants you to believe. There is nothing wrong with an occasional sip of liquor. I try to limit mine by only drinking on the days ending in "Y".