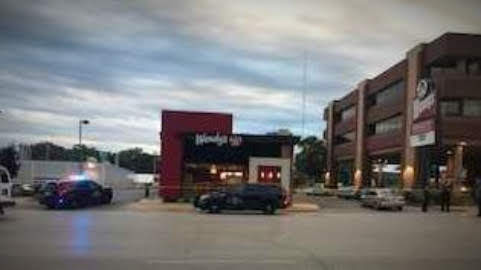 The uptick in local violence continues along the proposed streetcar extension route.

KMBC: 1 dead after shooting at Wendy's restaurant in Midtown

Deets suggest this one might be an easy case to solve and/or somebody might make a cool $25K tonight:

"Investigators said there was a disturbance that started in the restaurant and moved outside. A man was shot and died later at a hospital. Authorities said the suspected shooter, a man, was seen running from the restaurant and was wearing a Wendy's uniform and carrying a backpack."

Compare this to only 70 murders at this time last year.

Actually, given the location. That Wendy's really isn't that bad. Looks like a longstanding argument. Still one of the most convenient and cheapest places to grab a salad near downtown. If you don't want to pay 20 bucks just for a hipster waitress.

Dont be a dick to the drive thru workers.

I would say one last tally under Sly but there still is 90 minutes left of July 31.


What??? No you can't ban fast food that's racist!

^^^ nice one! One more to the already over 1000 murders under slumlord sLIE’s regime, what a jackoff that clown was.

I went there today at 1pm. I debated if I should have concealled carried, which I did. I kept thinking this is silly, i am a wierdo, nothing bad happens at a wendys. Had a Beretta px4 storm. Now i dont feel so crazy.

What was the beef

I live in midtown I always CCW whenever I leave the house.

Shut your fuck hole while the adults are talking. Don't you have somewhere to be this morning? Like at your job?

Do you think at some point the words "Sir, this is a Wendys" were uttered?

This the first murder under Lucas?

^^^^I don't know, only retards would care about such things. The rest of us have lives.

Dave (not you stupid Dave) said...

So fast food workers carry guns at work now? Thats going to be a shit stain for the gressy industry for sure.

A free streetcar taking people and guns for joyrides should be great for Westport and Plaza business. If they think their is crime now, just wait until the streetcar extension gets built to UMKC and the expensive Country Club homes around it.