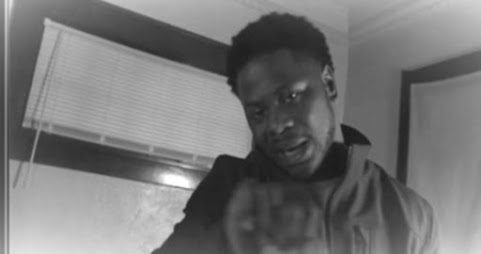 Across the nation, the Kansas City rap scene is infamous for jealousy, violence and deadly fighting among feuding factions.

TRAGICALLY, A RISING STAR KANSAS CITY RAPPER WITH A PREGNANT FIANCÉE IS THE LATEST, LOCAL MURDER VICTIM AMID A SPATE OF JULY 4TH WEEKEND KILLING!!!

In a recent interview, the grieving fiancée said Smacc Turner had recently returned from Los Angeles after performing at events as part of the BET Awards.

Among a bevy of wanna-be hip-hop artists making videos on their mobile phones, this achievement shows that the young entertainer was serious about building brand recognition and working diligently to pursue his vocation.

Here's the narrative of today's murder investigation amid an exceptionally bloody holiday weekend:

Kansas City police say a local rapper who has been missing since Tuesday was found dead in a vehicle Saturday morning.

When officers arrived at the scene, they did find that there was a body in the vehicle that was "in a state of decomposition."

Detectives and crime scene personnel then processed the scene for evidence and canvassed for witnesses.

Police said a homicide investigation is underway at this time.

KCTV5: A Kansas City rapper who went missing after performing at the BET Awards has been found dead in KC.

Hope his friends cooperate with the police. The kind of people who kill musicians and rappers usually want some kind of sick boost for their crime and often brag about it. It should be easy to find the assailant.

This is why the two most famous Kansas City rappers live in the suburbs, they're smart enough to stay away from trouble and take care of those closest to them. A hip-hop career can be very lucrative for a lucky few but you have to take precautions and stay away from a lot of the silliness and petty rivalries from people who are capable of real violence. It's a rough trade and I hope at least his story makes more people aware of the dangers.

Unacceptable. I'm glad other media are paying attention but if this was an athlete or a singer there would be a lot more outrage from the community. This just seems like the same old KC violence that's always part of the news cycle.

HVAC repair might not be as sexy or high profile but in the end it's a lot safer and can be even more lucrative during a hot summer like this one.

Just another day in Killa' City.

He was in the Crip gang and rapped about violence. What do you expect?

It’s funny how he’s been dead in an apartment complex parking lot all week and “nobody saw nutin” till today? B.S., can you imagine how many people were taking pictures of this dead dude all week, kolored people are sick.

TOP PHOTO -- ALL BETS OFF

With a homicide clearance rate of about 50-percent, the killer stands to beat the RAP!!!

Interesting how "girlfriends" are almost always promoted to "fiancees" when their boyfriends get whacked. Particularly if preggo.

10:27 they don't realize they weren't anything but a quick fuck or they'd actually be the wife.

Looks like he should have stayed in Cali. Scary situation. Seems like he was involved in some unsavory business.