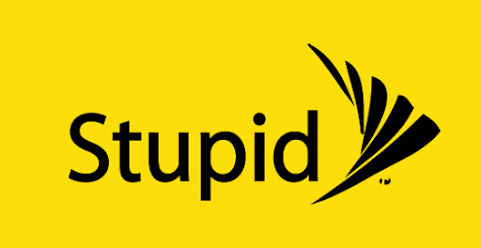 It's an acquisition and anybody who says there aren't EPIC JOB CUTS coming to Kansas City is lying.

Again, this is the biggest economic hit the area has taken since they shut down that hipster doughnut lounge. Actually, not that bad considering that eveybody likes donuts but Sprint service has sucked for at least a decade.

CNBC: The blockbuster merger would consolidate the nation’s third- and fourth-largest wireless providers.

Actually, a sad day for JoCo. There arenm't many places hiring so many b.s. jobs anymore.

Turn Sprint campus into section eight housing. Help local business out with minimum wage workers and the white guilt that diversity releaves. They voted for it let the cake eaters live it. Lower school standards but your snowflake will have a friend of color. Win, win......

I feel bad for anyone losing their job, but I have several friends who have worked at Sprint for years and they all laugh at how coworkers slip out and catch movies, play darts, etc. at Town Center, then come back before 5:00. Surely no one thought a gig like that would go on forever.

Largely an urban myth about employees cutting out early to mess around. Never saw that happen. Just like when they said the wireless signal was horrible around campus, especially during rush hours.

Sprint has been limping along for decades. They never could knock the "cover off the ball" in terms of profitability and growth. This is the best option to ensure some sort of future against the rich-as-hell behemoths -- Verizon and AT&T -- and their legions of lobbyists. Based on how it usually works, downsizing and office closings usually are delayed for about a year after completion of a deal. After that, about anything is fair game.

And the HOUSE FOR SALE signs just went up all over JoCo and the housing market just went down the shitter. Real estate agents must be lickin' their chops. Now they have lots of houses but no buyers. Mortgage holders are looking for a tall building to jump off of.

Source? Proof? Not trying to flame you, but if that's the case then Sprint employees already got their pink slip.


Well, they aren't just going to turn out the lights and lock the doors.

It will take years to merge the two very different phone technologies. They will have to operate the networks separately for the foreseeable future. Anyone in network operations will have a job for a long time.

The purging usually begins 10 months to a year out. Redundant departments and functions will be targeted first.

Get real - a "Sprint" line on a resume will now automatically lower the salary offer by at least 20%, since all prospective area employers will know how desperate the applicant has to be.

Don't forget that the exodus has been going on for a decade and the only remaining employees at Sprint are those who haven't bee able to get hired away into any sort of job that didn't include wearing a nametag and asking if "You want fries with that?".

Sprint was great in it's heyday but it hasn't been a real telcom in at leat 10 years. KC and Overland Park were dumb to get involved with the company on so many projects. It was clear their days were numbered.

But wait...just in the nick of time...KCMO residents are about to list their homes for sale. And move to Joco, especially Blue Valley school district surrounding the Sprint campus.

Sprint SUCKED when I had them in 2004, their customer service sucked, actually everything about Sprint sucked! Cant wait for Sprint to go away and never have to hear that name again. T mobile sucks too, I learned that after I dumped Sprint and went to T-mobile. Been with Cricket since I dumped T-mobile, never have a dropped call, My bill is always the same and it makes for an amazing burner phone while cunducting biz on streets of KCMO. Pre-paid might not be fancy but the shit works!