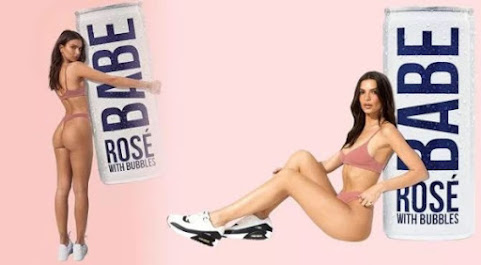 Quick peek at pop culture for our weekend newsie readers:

MarketWatch: Pepsi will start selling canned water — but is it any better than plastic water bottles?

NYT: Beverage Companies Embrace Recycling, Until It Costs Them

Closer to home, here are more than a few of the nicer news links we're checking right now . . .

The K Less Than Half Full

The Royals have more losses than all but one team in Major League Baseball, yet the crowds at Kauffman Stadium still remain near the .500 mark. Read on to see how the team's attendance stacks up with the rest of the league.


Senior home in Johnson County is a landmark first

SHAWNEE, KS (KCTV) -- It's a hard to decision to move a parent to assisted living and that struggle inspired one local man to try something new. He and the generation before him broke barriers to make it happen.

WASHINGTON (AP) - Federal agents descended on the suburban Maryland house with the flash and bang of a stun grenade, blocked off the street and spent hours questioning the homeowner about a theft of government documents that prosecutors would later describe as "breathtaking" in its scale.

KANSAS CITY, Mo. -- It's a crime that could have caused hundreds of people to go hungry. As police look for the people who broke into City Union Mission and ruined $50,000 worth of food, FOX4 is working to help the nonprofit fill its freezer.


KC's Historic Northeast is rife with culinary gems. Here are a few.

In the old days, KC's Northeast neighborhood - roughly: Cliff Drive to Truman Road, the Paseo (now MLK) to Blue River - was made up of immigrants of the Italians, Irish, and Jewish variety. These days, it's even more diverse, with Mexican, Ethiopian, Central American, Sudanese, and Vietnamese immigrants added to the rich cultural stew.

KANSAS CITY, Mo. - One of the Kansas City area women, Mary Lou White, who helped build the B-25 in 1944 in the Fairfax District of Kansas City, Kansas, was reunited with World War II-era place Friday evening.

Hide Transcript Show Transcript THE GATE. FOR ADULTS IT'S 35. GATES OPEN AT 9:00 A.M. BOTH SATURDAY AND SUNDAY. THE SHOW STARTS AROUND 10:30. WE ARE LOOKING FOR THE FORECAST. KATIE: IT IS NOT TOTALLY CLEAR CUT WHAT WILL HAPPEN, BUT I THINK THERE IS A WINDOW OF TIME THAT WILL BE PERFECT FOR THE AIR SHOW, SO THAT IS GOOD NEWS.

Water in cans, like beer in cans, makes sense, it'll be less affected by light leaching plastics into it, and aluminum's a lot easier to recycle than plastic.

When I complimented Emily on her shapely can, she offered to open it and share!!!

Ah yes, "Haute Cuisine" in the Old Northeast - a wide variety with anything you want, as long as it's Mexican.

Just step over the druggies in the doorway, and if offered the "house special", run!

12:06, apparently you have not visited the Northeast in a while, or maybe never. Plenty of good Mexican (and Salvadoran, and Guatemalan) food, sure, but lots more besides. I had a very tasty Burmese lunch this week. But please don't come looking. Belton is more your style.

BTW, Peter May's House of Kielbasa, while worth a visit, is not in the Old Northeast.

Burmese lunch eh @3:16?
Probably Siamese, one went missing on Denver Monday.
But they have "filled" a few of the potholes around Budd Park, so I guess that's an improvement.